For those of you who are wondering how to unblock YuppTV outside India, then let us help you get access! This guide highlights a simple tutorial showing you how to get started.

Just like famous Indian streaming services like Hotstar, Voot, or SonyLIV, YuppTV is also one of the most popular. It caters to users offering hours and hours of streaming content ranging from movies, TV shows, music, Live TV, and much more. YuppTV even offers a whole list of popular Indian channels on the website, some of which include Star Plus, Aajtak TV, Zee TV and others.

The streaming website offers various languages that you can change to, for better user experience and understanding. For starters, you can choose between Hindi, Telugu, Tamil, Malayalam, Gujarati, Kannada, Bengali, Marathi, Urdu, Oriya, and even English.

YuppTV is available to users in more than 90 countries like Canada, New Zealand, Austria, etc. but is available completely in India and the US. By complete, we mean that you will be able to access all the movies, shows and Live TV channels on YuppTV only within these two countries.

Why does this happen? YuppTV just like other international streaming services is subjected to censorship laws. To access the entire YuppTV website and stream all of its content, you’re going to have to change your IP address.

Using any one of the best VPN services on our list below that offer an Indian IP address, you should be able to sign up for YuppTV and unblock it from anywhere in the world.

How to unblock and watch YuppTV Outside India

How to install YuppTV on Samsung Smart TV?

Since there is no VPN app available for Samsung smart TVs, you might experience issues installing and using the YuppTV app on it because of regional blocks. However, by setting up a VPN via router, you can extend the connection. We’ve listed 3 top providers for it, but recommend Surfshark as the best. Here’s how:

Unblock and stream all of the YuppTV content even outside India.

The best VPNs to unblock YuppTV outside India 2022 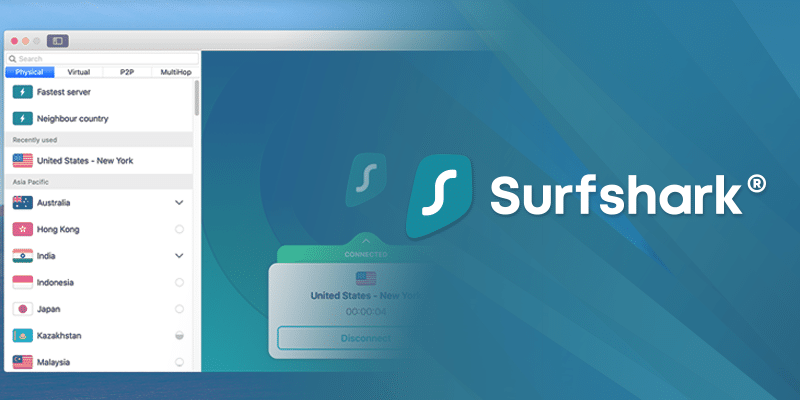 Surfshark has always been one of the best VPN services in the game; in fact, you could call it a game changer, especially with the launch of its latest Surfshark Nexus SDN technology.

It not only offers some of the best security and privacy features, but never fails to disappoint where accessing regionally blocked services are concerned. With that said, Surfshark has upgraded its server network, with over 3200+ servers in 65 countries, including India.

When we tested the VPN, we got access to not just YuppTV content, but numerous other platforms. We got access to similar regionally censored Hindi services like Hotstar, Zee5, and even the Indian Netflix library if that interests you.

You can test the VPN using the Surfshark free trial, or for a longer period using its reliable 30-day money-back guarantee. There are a few devices that are compatible for watching YuppTV, some of which include PS3, Xbox, Amazon Fire TV, Windows, smartphones and more.

The good news is that you can easily set up Surfshark on multiple supported devices, with the perk that Surfshark allows unlimited device connections.

2. ExpressVPN – The fastest speeds and easy access to YuppTV

Next on the list of best VPNs to unblock YuppTV outside India is ExpressVPN. Mixed with the best streaming speeds, high-end security and optimized servers, ExpressVPN is yet the best option for watching all of the YuppTV content, no matter where in the world you are.

Within its list of 3000+ servers in 94 countries, ExpressVPN offers servers in India (via UK, Chennai, Mumbai-1). When we connected to these servers and got access to an Indian IP address, unblocking all of YuppTV was pretty easy.

We got access to not just YuppTV, but other Hindi services like 6Play, Hotstar, Voot, and more. You can even connect to its other international servers to unblock Netflix, BBC iPlayer and much more. This is only the tip of what ExpressVPN offers; why users love it.

Yes, ExpressVPN might be a little on the expensive side, but it is completely worth it! It supports apps that can be set up on most YuppTV compatible devices with the extension of allowing up to 5 multi-device connections.

Plus, you could always use the ExpressVPN free trial or its 30-day money-back guarantee if you’re not sure about investing. In case you do sign up and are not happy with the service, you could always ask for a refund.

Last, but not least, we have NordVPN, which is another great choice to unblock and watch YuppTV content from anywhere outside India. It offers around 5100+ servers in 60 countries, including 30+ servers in India.

With NordVPN, you won’t have to worry about data logging, since it abides by a strict no logs policy. Feel the need to test the VPN? NordVPN offers a free trial and a reliable 30-day money-back guarantee. You can use these to run some tests. Don’t like the service? Contact the support and ask for a full refund.

What devices is YuppTV compatible with?

YuppTV is compatible with the following devices:

How do you watch YuppTV?

Because YuppTV is available with restrictions outside India, you will need a VPN to access it worldwide. First install a VPN on your device, launch it and connect to an Indian server. Install the YuppTV app, sign in and start watching Hindi content on YuppTV outside India!

Why is YuppTV not working?

There are many reasons why YuppTV might not be working for you. Here are a few ways for you to fix the issue: First check your internet connection, second restart your device, restart the internet, connect your modem to your TV, use another India VPN server.

Does YuppTV work with a VPN?

Using the best VPN mentioned above, you can change your IP address to an Indian one, and access YuppTV from anywhere outside India. It allows you to spoof your location, and remain anonymous online. Plus, it would help that you bypass ISP speed and bandwidth throttling.

How much does the YuppTV live TV packages cost?

You now know how to unblock YuppTV from outside India from anywhere in the world. All you need to do is first choose any one of the best VPNs listed above, subscribe to the service, connect to an Indian IP address and unblock all YuppTV content.

Contents hide
About YuppTV
How to install YuppTV on Samsung Smart TV?
The best VPNs to unblock YuppTV outside India 2022
1. Surfshark – The best VPN to unblock YuppTV worldwide
2. ExpressVPN – The fastest speeds and easy access to YuppTV
3. NordVPN – Best for private access on YuppTV
What devices is YuppTV compatible with?
FAQs
To conclude