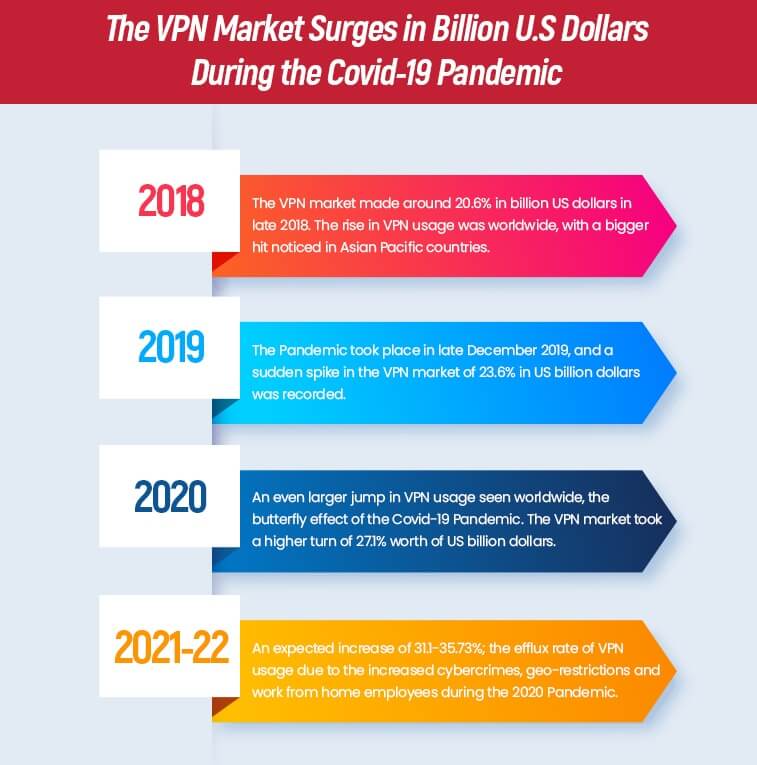 The Covid-19 Pandemic brought on major changes in the lives of everyone across the globe, bringing about many alterations to what we now deem as “the norms.” It even brought on some demanding changes to the economical way of life, jolting the work from home trend.

But, how is that impacting the digital space? Are cyber-threats at the very peak? What cybersecurity measures are work from home employees and other co-operations adopting during these trying times?

One thing is for sure that during the rise in Covid cases, came the drastic increase in VPN usages. Most people around the world turned to VPN services for the sole purpose of keeping in touch with medical breakthroughs, virus fluctuations, and remedies related to the virus. This mostly hit the peak due to countless of geo-restrictions and blocks in heavily surveillanced countries.

Apart from that, because the work from home culture took a fast pushing rise, meant that employees had to make sure cybersecurity measures were inculcated in some way or the other.

Talking about security enforcements, the VPN market drastically steeped in the amount of users, mainly recorded during the Pandemic. The VPN growth spurt is said to keep rising at an all-time high, reaching US $107.5 billion by the year 2027, with the Covid-19 work from home situation to be the number one cause.

Work from home will soon be the new norm as the second wave approaches and the rate of Covid-19 cases skyrockets. If you believed that the balance between work and home life is disturbed, there are other factors that you need to pay heed to.

For instance, the entire period of Covid-19 has brought on challenges in the security department. You’ll find malware attacks, phishing attempts and other viruses all centralized around the Pandemic, tricking a whole lot of remote workers around the world, robbing them of sensitive data, bank accounts details, and a lot more.

This is why there was a jump in the VPN sales during the Pandemic. Most would assume that VPN services were being used mainly for entertainment purposes, like unblocking a streaming service, or for gaming.

However, the record for the highest VPN usages were seen in countries that observe strict censorship and surveillance laws, and where the Covid-19 cases had the most volume.

Employees have to keep up with the workforce requirements, and create security measures that safeguards them from external threats. Secondly remote employment has also increased the number of working hours in a day.

Both NordVPN and ExpressVPN had crunched some figures, reporting the number of working hours and the sudden increase in VPN activities globally, since the enforcement. You’ll see the figures in the tables below. 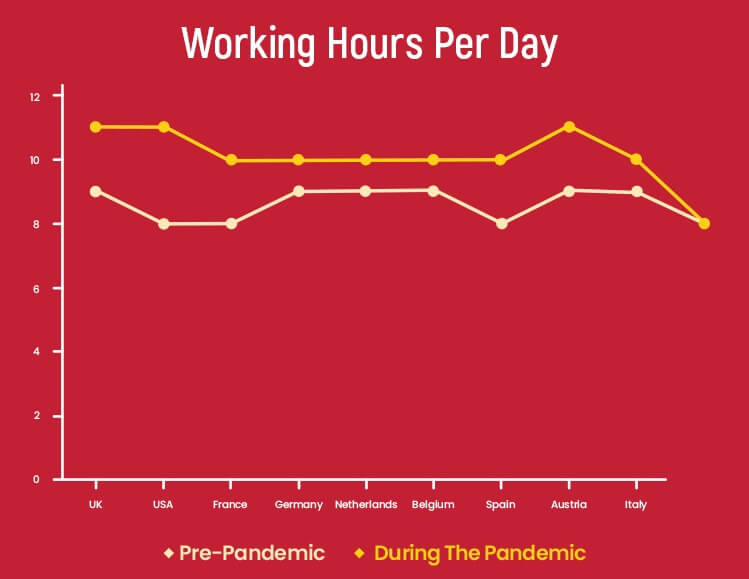 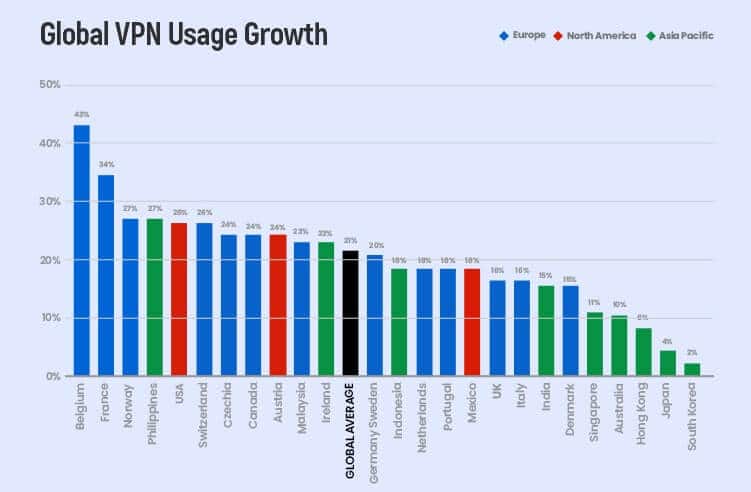 Need a clearer idea of the increase in VPN demand as per region? It was seen that the most VPN search volume and subscriptions were seen mainly in the following regions, according to ranking order:

According to a few renowned VPN providers in the industry, on a whole, they managed to get the most users from the Americas, and Europe. Some would assume that Africa would land on the map of high VPN usage, since there’s a huge surveillance and internet freedom issue, but hardly any new VPN users were reported.

It is a fact that during the Covid-19 pandemic, things took a heavy turn in the online world. Cybersecurity outbreaks spiked drastically, and the reasons why most users around the world used a VPN are vast.

Just to give you an idea of the rate and jump in VPN usage, there was a blog published by one of the known providers in the industry, Atlas VPN. They published their VPN growth spurt by weekly usage during the month of March, between dates 9th-15th, 2020. The highest uses of a VPN were recorded mainly in Italy and the United States.

They mentioned that during December 2019, the first cases were reported by WHO (World Health Organization), and since then the sudden increase of VPN services had sky-rocketed mainly in countries that experienced the highest cases of the virus.

To give you an idea of the VPN usage growth per Covid-19 cases, take a look at the statistical infographics below recorded by Atlas VPN, during the month of March 9-15th, 2020. 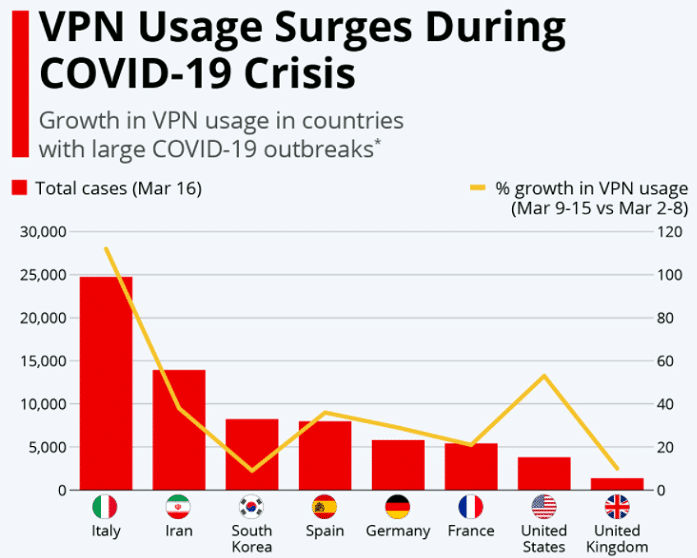 Major challenges were seen in light of the Covid-19 outbreak. Worldwide digital security measures had to be given first priority since the work from home culture sprang into life. Secondly, since most employees were inclined to use their own personal devices, assuming it’s also used for activities like social media and streaming movies that in itself poses as a major threat.

A VPN is by far one of the highest used software in the world, and usages had increased mainly during the Pandemic. Because the work from home culture was introduced, the VPN industry had witnessed a massive increase in their user base.

There are other reasons pinned against the spike of VPN usage, but according to stats, the WFH (Work from home) era is the main reason why. If you take a look at the chart below, you’ll get a clearer idea of the situation all over the world. 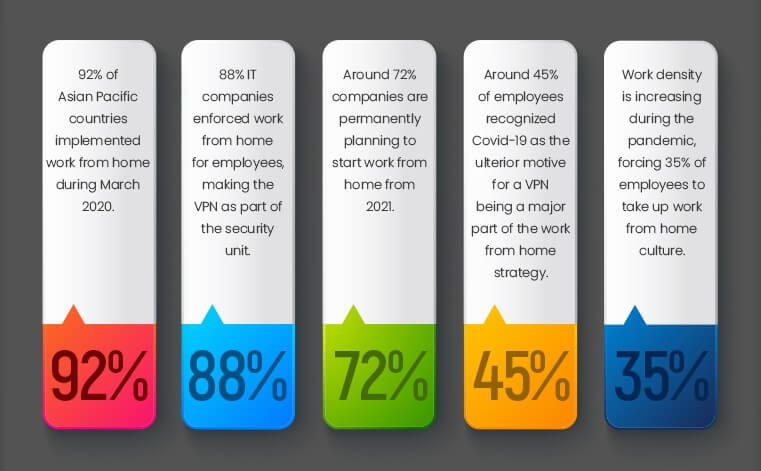 Apart from that, even the search volume of “What is VPN” took a higher toll during the pandemic.

The peak in VPN inquiries like “What is VPN” had increased drastically mainly during the first quarter of the Pandemic, in the month of March. The search volume grew by 81% worldwide – as seen in data collected by Atlas VPN. Their reports showed that during the months January to February, the search interest was merely between 55-58%, and grew with fluctuations between 81% and 100% during March.

Take a look below at the search volume recorded globally on Google trends:

Also, the highest searches were recorded in locations where the virus was at its peak, and also in those countries where internet freedom was below average. There are two examples in the charts below, taken from Google trends:

Search volume for “What is VPN” recorded in Brazil

Search volume for “What is VPN” recorded in France

Even though the interest declined in the recurring months, it still managed to maintain a steady hold. However, the VPN market recorded an all-time high mainly during the Pandemic, and is believed to increase even further during 2021-2027.

If you’re looking for an even clearer idea of how much a VPN is still trending in most countries around the world, here’s a source from Ahrefs concerning the “What is VPN” search volume and trend till September 2020:

I recently conducted a survey from top leading providers in the VPN market, and had asked them a few questions regarding VPN surge during the Covid-19 pandemic in relation to the previous year (2017-2018). After combined results, take a look below at the infographic chart regarding the following question: 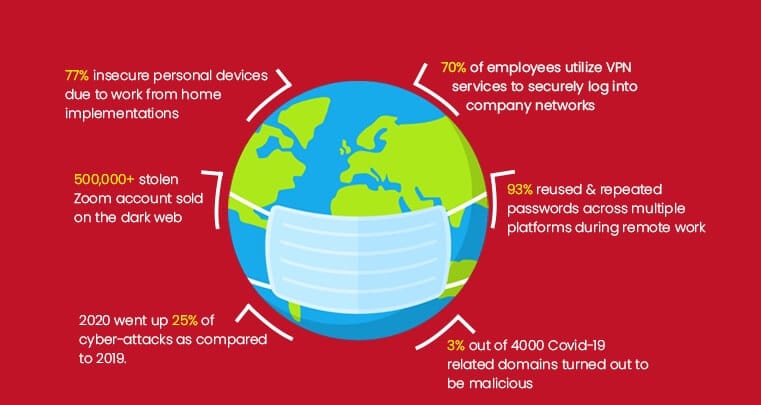 Cyber-threats are evolving over time, and it’s rising rapidly especially seen during the Pandemic. A VPN is considered to be one of the best security tools and in fact is now one of the most popular software ever since Covid-19 started. 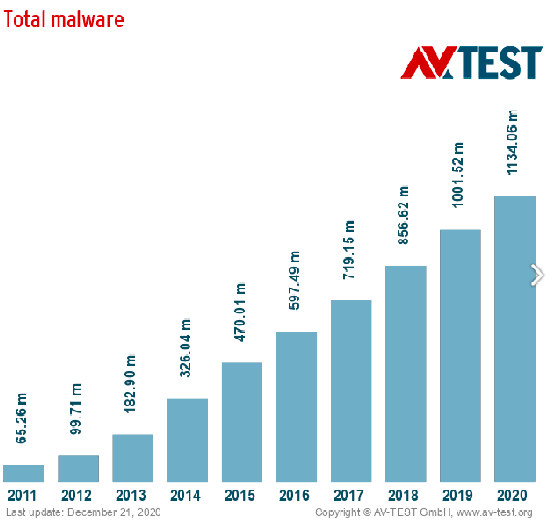 Yes, there is a sudden and massive rise in the use of VPN services, especially given the rate of cyber-threats caused during the pandemic, but everything always comes with risks.

It’s true that using a Virtual Private Network can be a great asset to secure your connections, devices and allow you access to the company’s portals, but no software is completely secure. Take a look below to understand the possible risks that using a VPN comes with during this Pandemic:

There are ways for you to mitigate the security risks that come with VPN services amid remote working. Here’s what you should consider:

So what’s the future for VPN services post Pandemic?

There’s no saying just for how long the Pandemic will take to subside, but one thing’s for sure; VPN services are given more and more attention with the expansion of cybercrimes and threats growing at a fast pace.

With that said, more people around the globe are understanding the importance of cybersecurity measures and the huge part that VPN services have to play. As mentioned above, the VPN market is said to grow to US $107.5 billion by the year 2027.

However, let’s just hope that with the high demand for VPN access, comes newer and tighter VPN security. It’s crucial that all VPN providers make the best VPN software that is strong enough to battle against the growing cyber-threats.

Contents hide
Covid-19 and VPNs: The work from home culture impales VPN usage globally
VPN Usage vs. Infection Rates in Countries with Heavy Covid-19 Outbreak
Global Reasons Why VPN Usage Surged during Covid-19
A combined survey from top VPN providers
Cyber-threats take a rise during the Pandemic increasing the use of VPNs
So what’s the future for VPN services post Pandemic?