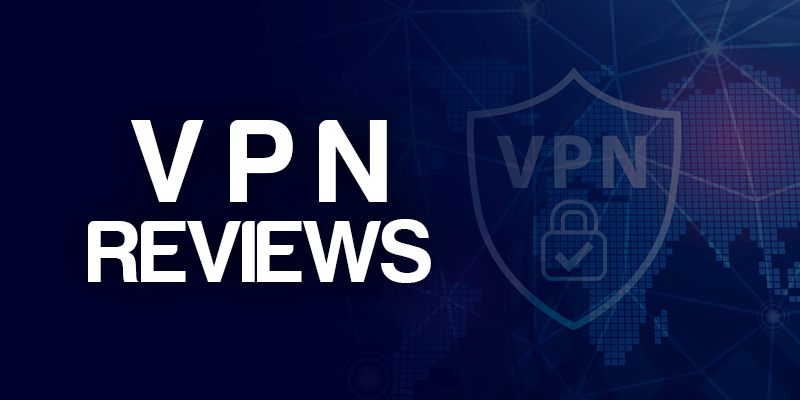 What do you do when you come across a product you like? Do you buy it immediately, or do you look up multiple user-reviews based on their experience with the product? I’m pretty sure the latter is the most suitable answer. In the same way, users look for authentic VPN reviews, but achieve mixed results.

How do you know a VPN is authentic and the best for you? How do you trust user-reviews? On what basis?

It’s quite common that most websites review the best VPN services without actually testing the software. Isn’t that the worst?

Especially when there are websites that put in a lot of work for accurate results. It’s a common VPN myth or rather a misconception that users seem to trust any and every VPN review.

Why do you need VPN reviews?

A VPN is the best and safest way to secure your online experience, privacy, and a lot more.

The public deserves to know which VPN provider is affordable and what services a VPN can offer. Most potential buyers and VPN users scout for VPN reviews to understand what the provider is all about.

Websites are only the storefront view of what each provider offers and that’s why users look for other personal experiences in relation to the VPN apps.

This is also quite deceiving considering that most review pages stage the performance of each VPN software just to make a quick buck or for the views.

But don’t get me wrong, there are many authentic sources available. However, telling apart the real source from a scam is quite confusing.

How do VPN users lookup reviews?

Let’s just say you’re looking for a particular VPN or a VPN feature, for example, the Surfshark free trial. You type it in the search box, and would normally go for the sources on the first page. Am I right? 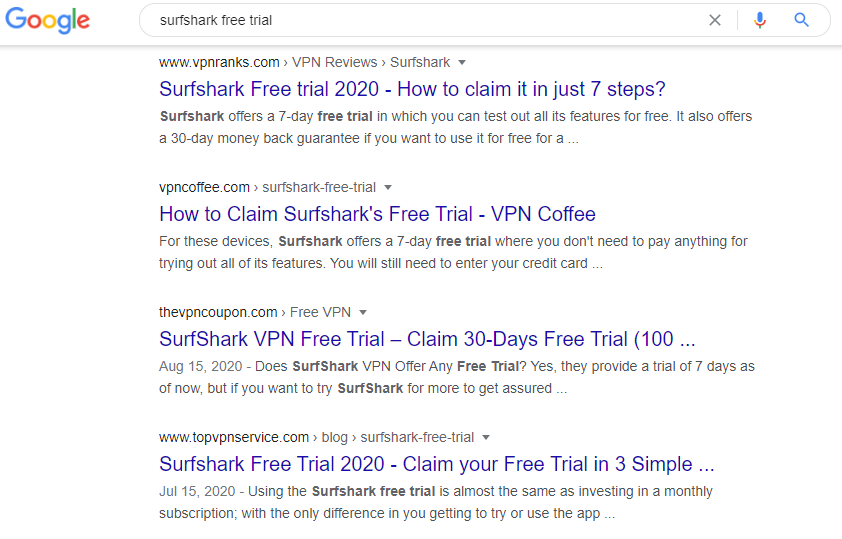 Well, there’s a reason why these sources landed the first page, and if you take note of what they offer, you’ll see just how distinct they are as compared to many other sources.

What makes a good VPN review?

Is it the number of words on the screen? Is it the most views? Or is it all the flashy images that led you there? Opinions may vary, but it takes much more to make an authentic VPN review.

You need to look for user-friendly tones, easy enough for even beginners to comprehend, and proper testing results giving you a better understanding of the app.

If you’ve noticed, there are millions of user reviews on the Google and App Store. There’s so much of a difference in view regarding a particular provider that you’re probably bound to follow through with the negative comments.

But, you need to understand that most VPN reviews may or may not be staged (regardless of being positive or negative). There are, however, many authentic sources.

You’re probably wondering what makes us any different. Let me tell you one thing, we at topvpnservice make sure that each VPN app is thoroughly scrutinized, right down to the last server/feature.

Again, how can you know whether our reviews are worth your time?

If you read ahead, I’ll guide you through each process that goes into testing multiple VPN services, based on what the public requires.

For instance, there are times during my research that I find out common threads between what a user looks for in a VPN and what device they require it for. Accordingly, suitable providers are scouted and each is tested until only the best are singled out.

How do we test a VPN?

What is a VPN for you?

There’s no fixed way to test the competency of a VPN, but there’s always a fixed criterion to follow. Here’s a very detailed review of how I test each VPN:

Get in touch with the VPN support team

Our first step involves getting a hold of a VPN support team. I either buy a subscription or request a testing account. Also, note that most providers don’t just hand out free testing accounts until and unless the source is authentic.

Through these accounts, multiple tests are conducted in a detailed manner, to make sure that our viewers know the extent of our personal experiences with the app.

The support staff of each provider is also contacted during the process of a VPN review, regarding any misinformation that the website may portray against what was obtained through test results. I also make sure to ask if any new features are added to the VPN apps or if any version updates are available.

There are VPN users who need VPN protection for Android and there are some who require it for iOS. Some need VPN services for multiple devices.

I don’t just test it on one app, but on the most demanded platforms. A few tests are done on Windows, Android, iOS, macOS, routers, and browser extensions.

This is to also see which features are present and how the user-interface for each app is. All VPN features vary for different devices. Also note that for accurate results, the testing period for a VPN app takes a long time, considering that I test on multiple supported platforms.

Have you heard of the 14-eyes alliance? Our VPN testing team always makes sure to track down a VPN provider right down to their location. This is to make sure that the provider is part of a safe location and away from any highly surveillance areas.

Even if they’re within 14-eyes regions, their privacy and no-data logging policies need to be without fault.

Also, the server coverage that each provider offers is thoroughly looked into. This is to check the variety of server locations, and whether or not they’re scattered across the major countries of the world.

Coming to one of the main segments of testing a VPN, are its features.

First, I check the encryption, protocols, whether or not there are a Kill Switch and other advanced features. This ensures that the VPN is able enough to secure the user’s device, data, and more.

The security features are always different on various devices. For instance, I test to see if the Kill Switch feature even works, and on what devices it’s available on.

As a part of security, I also test to see whether the VPN leaks any DNS/IP and webRTC. This is to make sure that the VPN’s security is strong enough to create a safe and private connection.

Speeds are extremely crucial. There are situations where a VPN app can have the strongest encryption but the poorest speeds. What I usually do is pick a few servers from various countries. These servers are located all across America, Europe, Asia, and the Middle East. The best speeds are usually obtained from locations closest to you.

However, what we look for, is the optimum speed results in almost all server regions. The tests are conducted on speedtest.net and are compared against our local network speeds. This is to test the fall or rise in the server speeds after connection to the VPN. Just for an example, we’ve tested a couple of VPNs for their speeds. We even tested iTop VPN for its review, and only chose the more popular servers, and tested its speeds.

Most VPN users go for the software mainly to access restricted or blocked content. For instance, to access Netflix from countries outside the US, you’ll need a VPN that offers a wide variety of US servers.
Similarly, there are chances that once you travel to a country that blocks most content, a VPN can allow you access to it.

However, most VPNs fail to do so and are falsely advertised. What I do, is pick the most commonly used servers, and after connecting to them, test them on popularly sought-after services to check their unblocking abilities.

I contact the providers and verify which devices they support and whether apps are available for them. According to that, the VPN is downloaded on major platforms like Windows, Android, iOS, and macOS. The browser extensions are tested too for speed and security effectiveness.

I even contact the support chat and ask whether they offer simultaneous device connections. This is for users who want to add VPN protection to more than one device. The user-friendliness of each VPN client is also noted.

A part of the testing process is to see whether or not the VPN services support team is friendly and provides proper assistance. I make sure to spend a long or reasonable amount of time chatting up with the support team to test their availability, competence, and assertiveness. How else would a user be assisted?

After moving away from the technical bits, which I’m sure many don’t thoroughly enjoy looking into, there are other essential aspects to analyze. This is what makes or breaks a provider.

I first look into the logging policies and terms of use. You should never blindly accept a VPN just because they say they don’t log user data.

To make sure the source is authentic, I dig further into just the logging policy. What’s researched to a great extent are news alerts on any scandals or data breaches that a VPN provider may or may not have been a part of. Only after that we note down the final results.

Other aspects involve the price of a VPN, if they really offer a reliable money-back guarantee by personally testing out the process, and if the VPN is trustworthy by looking up multiple user reports, and results from reliable sources, such as Trustpilot.

Last but not least, screenshots are taken from live chat sessions, app settings, security panels, and set up tutorials. This is the only way to show the viewers up-to-date and solid proof of each finding. I promise none of them are Photoshopped!

Sometimes a VPN service’s website isn’t up-to-date with the latest additions to their apps. I contact each provider, put up a lot of questions, and make sure to verify if any new features or servers have been added or extracted from the apps. Each VPN review is updated by the month. It doesn’t matter if it’s one word, a link, a sentence, or an image, all our VPN reviews are updated with the latest findings.

How do we rate VPN services in our reviews?

So, what do you think so far? Did you believe VPN reviews to be a short process? Well, certainly not for us. After going through the entire review, and testing each and every aspect of it, we weigh in the odds. Only then do we recommend them.

For instance, a provider may have the best security, but at the same time is located in a region under surveillance. If their logging policies don’t add up, we recommend other providers that offer more security, within the same price range.

A lot of hard work goes into each VPN review, but it’s all worth it since, in the end, we want our viewers to pick the best VPN services!

Contents hide
Why do you need VPN reviews?
What makes a good VPN review?
How is TopVPNService different?
How do we test a VPN?
VPN app testing
How do we rate VPN services in our reviews?