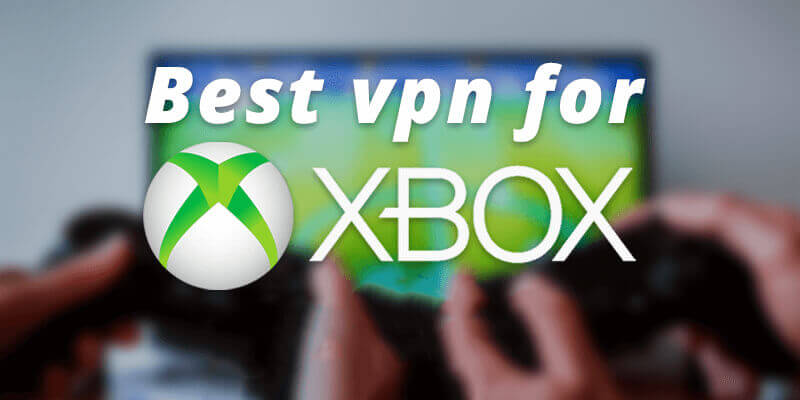 The Xbox is Microsoft’s flagship gaming device and is considered one of the best gaming consoles ever. The gaming console is used by users from around the world as it offers high quality gaming experience to users. Newer version of Xbox which is the Xbox now offers 4K resolution which would enhance the user experience of every gamer. Despite the new development and improvements made, there are issues that many Xbox fans are facing when using Xbox. Issues like high latencies, DDoS attacks, unavailability of games on Xbox store in some regions, as well as unavailability of content and services for users who use Xbox to stream content. In such cases a VPN for Xbox is more than helpful. So, in this post we are going to discuss why an Xbox VPN could save your time and money when using Xbox, and how to setup a VPN on Xbox and how you can use it to solve all your Xbox related issues.

Why do I need a VPN on Xbox?

Virtual Private Network or VPN as we call it, is an security tool that provides online privacy benefits and give you the freedom to access the internet they way you want to, without any restrictions. Using a VPN on Xbox can allow you to unblock Xbox games that are not available in your region thus, enabling you to save money when there are no options available.

Xbox as being a complete gaming and home media center, is an incredible streaming device. More and more people are turning to Xbox to satisfy their streaming needs. Xbox allows you stream Netflix, Hulu, and all your favorite streaming services. But the restrictions on premium and regional content has created a huge barrier in between users and their favorite streaming content. However, a VPN takes down this barrier and gives you a free path to access your desired streaming content from anywhere in the world.

Despite what many people think, a VPN does more than just give you access to your favorite Xbox apps and games. A VPN will also provide the much-needed online security to users that is vital in this era of cybercrime. Whether you are using an Xbox One, Xbox 360 or any other gaming device, online security has become essential for every user looking to gain online freedom.

A VPN also offer various other features to keep your online privacy and information protected at all times. Once you connect to a VPN server, you are free to get the most out of your Xbox gaming console while your data is secured with the best in the business security mechanism.

Now let’s talk a little about which VPN is best currently and which one suits your budget and needs.

First of all, VPN market is huge, you will find tons of VPN service providers including free and premium. Obviously, choosing a free VPN for Xbox would be a mistake since they are not reliable and can be more dangerous for your online freedom. Again, there are numerous VPN providers in the market, but when choosing a suitable one for your budget and requirement depends on their overall service and customer feedback. We always survey VPN providers and this time we have compiled a list of top VPN for Xbox and what they are offering for your Xbox freedom. Here are the top 5:

A VPN provider based in Cayman Island, FastestVPN has really taken the VPN market by storm. It is one of the best VPN for Xbox in terms of speeds and privacy. You can use FastestVPN on 10 different devices at the same time including Xbox One and Xbox 360. FastestVPN also offers numerous features that are bound to give you a great gaming and streaming experience on Xbox.

One of the biggest names in the VPN industry, ExpressVPN offer express speeds and a secure environment for users to enjoy gaming like never before. It is a British Virgin Islands based VPN provider and follows a no log policy. ExpressVPN offers a wide server network so you won’t have problems accessing your favorite games from anywhere in the world. It is one of the best VPN for Xbox right now and highly recommended.

CyberGhost VPN is a Romania based VPN provider that is offering 60 server locations and is Xbox compatible. CyberGhost allows 7 multi logins, meaning you can use it on up to seven different devices at the same time. A highly-recommended VPN for Xbox users around the world.

NordVPN is currently the most popular VPN provider in the market as it has the most subscribers. The VPN service is incredible as it does everything from protecting your online privacy to giving you access to geo-restricted content. It has the most servers and you can connect to your preferred one to access your favorite content. NordVPN is also a great VPN for Xbox as it allows you to access all geo-restricted Xbox games and apps within seconds.

IPvanish is another great contender for your VPN needs. It has numerous servers across 6 continents and offer incredible speeds with which you can stream Netflix US on your Xbox console from anywhere.

If you thing that you are getting the most out of your Xbox gaming console, then you are wrong. There is more to what you can achieve with your Xbox when you have a VPN in place. To give you a better idea, here are some essential benefits that you will get with a VPN:

Xbox allows users to play games online, but sometimes users encounter lags when gaming online. This is usually due to the fact that your ISP may be throttling your internet speed. But when you connect to a VPN, lag won’t be a problem anymore. A VPN prevents your ISP from throttling your speeds by switching your IP address to a secure IP from a different region, thus making your IP address anonymous to your ISP and to the whole world. This way your ISP will not be able to recognize you and you will be able to enjoy smooth online gaming experience like never before.

Beside geo-restrictions, Xbox also face the issue of cyberattacks. Your games, apps and all the data you have on your Xbox is on the verge of getting robbed unless you take necessary precautions before it’s too late. A VPN is definitely the one solution to your online protection. It not only gives you privacy but it also encrypts your data while passing it to an secured network, making your online data safe and protected from DDoS attacks and other cyber threats.

This is definitely the main biggest issue faced by every Xbox user and to tackle it with little efforts, you need a VPN. As Geo-restrictions depends on different regions. You can use a VPN service to connect to its servers in different locations and then access your favorite games that you may not be able to in your current location.

Setting up a VPN on Xbox One and Xbox 360 is really simple, all you need is a router, a laptop or a desktop computer. Follow the below methods, to setup VPN on your favorite gaming console with ease.

Once you have your router configured with VPN settings, now open your Xbox gaming console and follow these simple steps:

Setup VPN on Xbox through Windows

To setup VPN on Xbox using Windows, you must first install the VPN Windows client of your VPN provider on your PC/laptop. Once you have done that, follow these steps:

Setup VPN on Xbox through MAC

You can also setup VPN on Xbox using Mac. Again, to setup you will need VPN app for Mac. Here is what you need to do exactly:

Xbox has one of the most active monthly users in the gaming console market. But the biggest problem faced by almost every Xbox user is regional-restriction on certain Xbox games and apps. For example, GTA 5 and Modern Warfare are blocked in various middle-eastern region. Moreover, streaming services like Netflix has also restricted their full library of content outside US.

Fortunately, problems like these can easily be dealt with by using a VPN as it allows you to unblocks your favorite games and apps from other region including Netflix US library and you can access it all from anywhere in the world within a few clicks.

Protect your Xbox One from hackers through Xbox VPN

The huge rise in the popularity of online gaming over the years has also attracted malevolent gamers who uses illegal means to win and deter your online gaming experience. One of the main methods used by these malicious users is the DDoS attack in which your opponent spans your IP with hundreds and fake requests. This attack in result causes lag and many a times disconnect you from your game.

A VPN is the best answer to this attack as it send your online traffic through a secured, encrypted tunnel. Your IP is masked with an IP from another region, thus, it becomes almost impossible for these malicious players to target you or bring down gaming experience.

So, if you want to stay secure and access geo-restricted Xbox apps and games from anywhere, a VPN for Xbox is the way to go.

So, we have provided you the best methods of securing your Xbox privacy and accessing geo-restricted games and apps on your Xbox console without losing a lot of money and time. A VPN for Xbox not only gives you online freedom but also protects your privacy and prevents malicious attacks from hindering your gaming experience.