Most users get IPVanish for Netflix but are concerned whether it still works in 2021. The simple answer is, yes it does. This guide will show you how to get started.

IPVanish is loved by many users mainly because it’s great for streaming, unblocking geo-restricted services, and for fast speeds. However, Netflix is a tricky service to get access to, and only a strong VPN can unblock it.

The good news is IPVanish can unblock Netflix.

How to unblock Netflix with IPVanish

Yes, it does, and here’s how you can access it:

Is IPVanish not working with Netflix?

Connected to IPVanish and still seeing this?

Then IPVanish is probably not working for you.

Now, even though IPVanish managed to unblock Netflix for me, situations always change depending on where in the world you live. Secondly, since Netflix isn’t allowed in most parts of the world, the service actively jets down and blocks the use of certain VPNs.

If too many users are connected through the same VPN IP, Netflix is immediately alerted. However, this also depends on what VPN you use.

When I tested IPVanish for Netflix, I managed to unblock it using only the Dallas and Chicago servers. At the same time, I also contacted the Live Support Chat, asking which VPN is best preferred for unblocking the service. Here’s what they said: 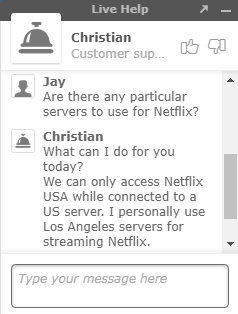 There are times when IPVanish fails to unblock the US Netflix library in particular. But, as I mentioned earlier, it depends entirely on your actual location. So, for the safe side, you should first test IPVanish out, using its 30-day free trial. There’s no harm or foul in testing the app and get a full refund.

However, if IPVanish fails to work with Netflix, there is another alternative.

You can try out using another great premium provider called Surfshark. It works with Netflix on almost all its US servers, has great speeds, and comes with unlimited bandwidth and more. It even allows unlimited device connections and is budgeted!

Why do you need a VPN for Netflix?

If you’re new to Netflix and VPNs, this guide is for you.

Netflix is among some of the world’s leading streaming platforms that have managed to score 182.8 million subscribers over the course of time. You’ll find a variety of Netflix original series, TV shows, movies, documentaries and so much more within the service.

That’s supposed to be great right? Yes, it is.

However, no matter how inviting and enticing that sounds, Netflix isn’t for everyone. This means that if you’re living anywhere outside the US or outside the countries where Netflix is available, you won’t be able to access it unless you use the best VPN for Netflix.

You’ve probably received this message before if you’ve ever tried accessing Netflix outside the States: 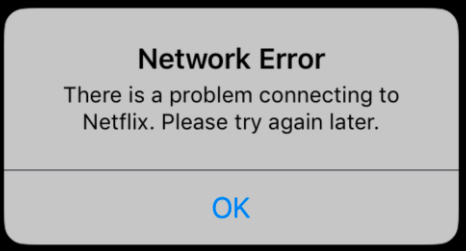 Netflix may be one of the world’s leading streaming platforms, but it’s a restrictive service. It comes with some of the strictest copyright laws and policies against the illegal distribution of its libraries outside the countries it’s aired in.

So, long story short, if you’re living anywhere outside the countries of its permit, you won’t be able to access Netflix. If you’re a US-citizen with a Netflix account, traveling to India, you’ll be locked out of the US library. That’s how it works. This is the case when trying to access multiple renowned streaming services that are blocked worldwide.

To wrap things up

IPVanish does work with Netflix, but again it highly depends on where you’re located. You can test IPVanish using its 30-day money-back guarantee and use the service for free before the trial period ends. If it’s still not working, trying using an IPVanish Netflix alternative, mentioned above.

However, if you’re interested in online privacy, great speeds, unblocking other streaming services, and great security, then IPVanish is the one for you.

If you’re looking for affordable IPVanish packages or any other budgeted VPN, head over to our VPN deals page.

Contents hide
How to unblock Netflix with IPVanish
Is IPVanish not working with Netflix?
IPVanish Netflix alternative
Why do you need a VPN for Netflix?
To wrap things up