Getting a VPN means you will need one that offers servers that can bypass online restrictions or geo-blocks. You need a VPN that maintains your speeds and protects your apps. However, you’d also need a VPN that blocks malicious ads on multiple websites, which is where NordVPN comes in.  NordVPN binds its CyberSec feature into the app, and we’re here for it! This NordVPN CyberSec review will show you everything there is to know about the feature and how to use it.

What is the NordVPN CyberSec feature?

Do you love surfing the internet? Love exploring new websites and game apps? Well, even though that sounds super exciting to do, you might put yourself in a real fix if you ever enter an unknown website.

Ever seen all those flashing ads, promoting the best and biggest sales, or advertising skin treatment campaigns, etc.? Not all of these ads are safe, and if you accidentally click on it, you’ll be redirected to a website that hosts malware.

Malware and viruses come in all forms, and you’re most likely to be exposed to them when entering unknown platforms. Using a VPN doesn’t necessarily mean protection from malware attacks, especially since not all providers offer protection against it.

Luckily, NordVPN has introduced a new CyberSec security feature, and it works great!

How does the NordVPN CyberSec feature protect you?

Is the NordVPN “CyberSec VPN feature” safe? Yes, it is, it operates in a way to protect you from malware intrusions, even if it’s already on your device. Even if you’ve encountered botnets on your system, the CyberSec feature helps put it to a halt. This is the best option for gamers, preventing DDoS attacks.

The CyberSec feature is a protector against multiple blacklisted websites, apps, and more, making sure that you are blocked off from entering such platforms. This is extremely important because it not only blocks off these malicious websites but protects your devices and data from being exposed to them.

Whenever you’re connected to the NordVPN app, make sure you enable the CyberSec feature before going about your daily browsing sessions. It’ll scan through multiple addresses that you enter, and block the ones that are filled with malware.

What if your devices are already infected with malware?

The great thing about the NordVPN CyberSec feature is that it works with double factor protection. This means that the feature not only scans for malware-filled websites and blocks them but also assists anyone whose devices have already been compromised.

Have you heard of a DDoS (Distributed Denial of Service) attacks? They usually occur when there are certain security vulnerabilities in your device. Attacks are targeted towards these potholes, carried out by botnet.

Seems like NordVPN thought about all-round security protection when creating the CyberSec feature. It also stops DDoS attacks, cutting off the connection between them and your device. This is why NordVPN is known for having the strongest security backing among other premium providers.

To put this feature to the test, without connection to the NordVPN Windows app, I first went through a couple of websites that usually have the most pop-up ads. Then I connected to the VPN and enabled the CyberSec feature, and went back to the same websites.

This was to check if there were any significant differences. The results had a decreased amount of pop-ups, videos, and provided faster load time.

However, there will be certain websites that don’t belong on the blacklist, and you’ll probably want to access them with the VPN. If the CyberSec feature doesn’t allow you to enter, just simply contact the customer service agents, go over it with them, and wait for them to take action.

Should you use the NordVPN CyberSec feature?

During our entire NordVPN CyberSec review, we’ve found this feature to be one of the best and most fruitful experiences, especially where blocking malicious apps are concerned. However, if you’re only buying the VPN for the CyberSec feature, it’s not something we’d recommend doing. You could just use any alternative ad-blocker tool.

Although, if all-round security is what you’re looking for, matched with some of the best and high-end VPN features like the CyberSec, and access to international streaming services or websites, then NordVPN is the best.

How to get the NordVPN CyberSec feature

NordVPN does not only offer the best discounts but happens to provide some of the best security features absolutely free of charge! It doesn’t matter what subscription you sign up for, the CyberSec feature will be available on top of every plan.

You’ll find the feature available on the apps for Windows, Android, macOS, iOS, and Linux. However, there’s a point to note that was recently added to their website which states that the CyberSec feature for the NordVPN app for Android will not block any future ads.

So, to avail of the feature, make sure you download the Android app directly from the website and not from the Google Play Store.

To get the CyberSec feature, all you have to do is:

Other NordVPN security features that should be highlighted

Besides the NordVPN CyberSec feature, there’s a lot more to look into, which again comes at no additional costs, on top of any subscription. They are:

Learn more about these features through my detailed review, highlighting much more that NordVPN has to offer.

NordVPN doesn’t beat around the bush when it claims 100% VPN protection. Yes, a VPN isn’t the ultimate security solution but that doesn’t mean it won’t help solve a lot of issues, making the internet a little safer to be on. With the addition of the NordVPN CyberSec feature, you’ll now not only have access to multiple platforms but will also experience ad and malware-free experiences. Additionally, NordVPN is used for much more. You can use it on multiple devices, for streaming, or even safely using the CyberSec feature on torrenting platforms like qBittorrent, uTorrent or other platforms.

You can test the feature out during the trial period or a 30-day refund. If you’re not happy with the service, just ask for a full refund and cancel your account. 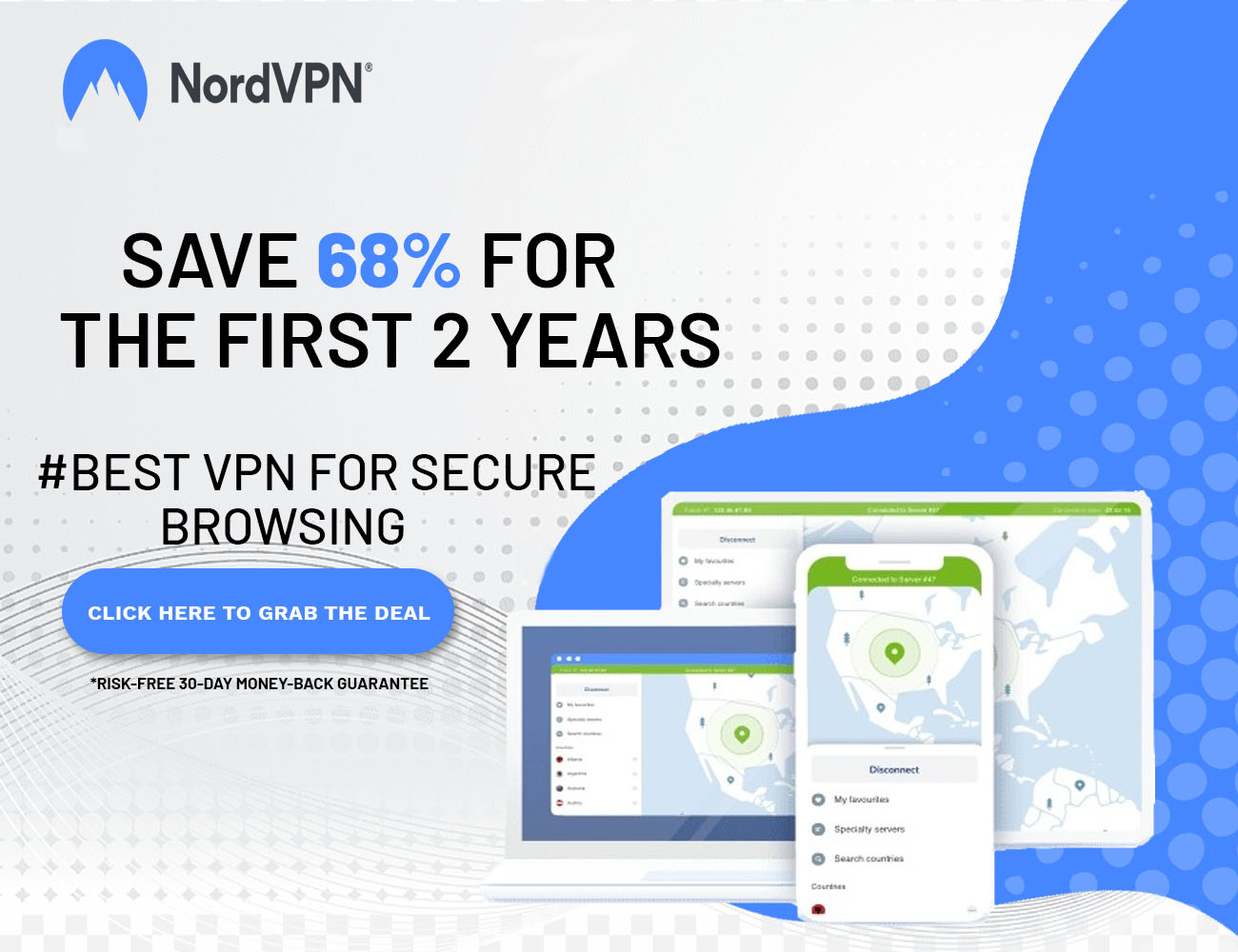