There was a time when Private Internet Access did not work with Netflix. However, PIA now unblocks Netflix in most countries! However, if you’re experiencing the PIA not working with Netflix error, maybe try switching the servers and tweaking the settings a bit. In this guide, I will show you how to use PIA to unblock Netflix and many other streaming services!

Short on time? How to unblock Netflix with Private Internet Access

Netflix is a huge platform with more libraries than you can imagine. The most famous Netflix library is the US one, but getting access to that is extremely taskful. It is why we recommend using only thebest Netflix VPN to access it, or a reliable one that offers a US IP address.

Of course, not every VPN service is reliable enough to unblock Netflix, which is why you need to be extra selective of the one you choose. We’ve run a couple of tests and shortlisted only a couple providers that work, and Private Internet Access is one of the best that works!

As mentioned above, not every VPN is reliable enough to unblock Netflix. There are many providers that claim to allow immediate access but it’s not that simple. It is why we ran PIA through some tests and reviewed the app before announcing that it can unblock Netflix.

Private Internet Access is quite famous among users worldwide, who mainly require VPN services for streaming access. There is alot that this provider offers in terms of high-end features, a large network coverage, and in overall performance.

Because Netflix offers multiple libraries, the VPN you choose needs to be able to offer a wide variety of servers to connect to, which is something PIA offers. Private Internet Access has a network of over 35900+ servers in 78 countries, all of which are optimized for unblocking numerous Netflix libraries and other services.

For starters, when we tested the VPN, we got access to BBC iPlayer, Hulu, Amazon Prime, Disney Plus and a couple others. Fast speeds are crucial for streaming, which is also something we had to look into. When I tested the PIA app, I was able to get access to services with faster speeds than usual, considering that Private Internet Access bypasses ISP throttling.

Netflix isn’t like every other streaming service, and in fact, uses anti-VPN technology to detect VPN access to its service. It blocks or blacklists VPN IP addresses, which is why a VPN with a wide network coverage is the best. Amidst these issues, PIA possesses great security and unblocking tools that are strong enough to bypass Netflix barriers.

If, however, you’re still experiencing the PIA not working error, you can easily fix it with this guide.

What else is Private Internet Access good for other than Netflix?

Other than being one of the best VPNs to unblock Netflix, Private Internet Access comes with many other benefits and features. Here’s what you can expect while using this provider:

Private Internet Access not only works with Netflix, but with other streaming services like Hotstar, DAZN, Sky Sports, BBC iPlayer, Hulu, Amazon Prime and much more. The thing is, to unblock geo-restricted services, you will need to change your IP address. A VPN is one of the better ways to go about that, however, as mentioned, a VPN that offers a large number of servers is the one to go for. PIA offers a large network of 35900+ servers in 78 countries. Almost all of its servers are optimized for streaming and torrenting with added online privacy.

Private Internet Access operates using AES 256-bit encryption, which is strong enough to pass all traffic through a secure tunnel. This is best for making yourself anonymous while trying to unblock Netflix. Other features include a Kill Switch, an Ad-Blocker called MACE for restricting ads, tracking and malware. Just in case you only wish to use PIA for Netflix, you can use the Split-Tunneling feature to add VPN security only over the Netflix app.

It’s very rare that you find a US-based VPN that is secure and doesn’t log user data. However, you’ll hit the jackpot with PIA since the provider does indeed not log user data. This helps in case the government or other platforms ask PIA for user data, because it doesn’t exist!

When you choose a VPN, make sure you see all of the specifications. Extra device connection allowance is a plus point! PIA allows multi-connections on up to 10 devices. It means you will be able to connect your Netflix streaming devices, phones, or tablets to the VPN all at one time. Plus, PIA also offers apps for most popular devices, some of which include Windows, Android, iOS, macOS, Linus, routers and more!

What good is streaming on Netflix without fast speeds? Here’s the situation, it’s not like a VPN will boost fast speeds, but in turn, will help you bypass ISP throttling. This is especially for all those who’ve paid for fast internet privileges but receive slower than usual outcomes. When we tested PIA speeds, we got 68.83Mbps over the US server, which is difficult to achieve. This means no lagging while binging on Netflix!

If you aren’t too sure about using Private Internet Access for Netflix, then maybe you should first try the VPN? PIA offers a 7-day free trial for any supported device. Of course, sometimes 7 days might not be too much for testing, but there is also a refund period. You can hack a 30-day free trial using the PIA refund period.

Yes, Private Internet Access does unblock Netflix and it does not just stop there! Private Internet Access can now fully unblock other streaming platforms like Disney Plus, BBC iPlayer, or Hulu from anywhere in the world! Its extensive network coverage is strong enough to allow you access to the most restricted services. Plus, the speeds are pretty great too. Just because PIA sometimes encounters issues where unblocking Netflix is concerned does not label the entire VPN software as a whole. It depends on multiple issues that sometimes have nothing to do with the VPN itself.

Why is PIA not working with Netflix?

There are always chances that a few users might experience issues accessing Netflix with any VPN, let alone with PIA. Netflix uses VPN blocking technologies that blacklists VPN IP addresses when detected. It happens not just with Private Internet Access, but with any VPN service. It all depends on luck and how good the VPN is. However, there are external factors like your IP address or DNS crumbs exposed. What you can do is clear all cache and cookies and restart the VPN again. Connect to another server and start streaming on Netflix!

Is it illegal to use a VPN for Netflix?

Not exactly. There aren’t really any laws being broken while using a VPN to unblock Netflix. You are legally not breaking any copyright laws. While using a VPN for Netflix isn’t encouraged, it most certainly isn’t illegal either.

Coming to the end of this guide, let’s recap what we’ve discussed so far. Private Internet Access does unblock Netflix. It offers a wide variety of servers, fast speeds, great app support, and privacy/security features to protect you online. If, however, PIA  is still not working with unblocking Netflix, then there are other providers that you can use.

Contents hide
Why should you use PIA to access Netflix?
What else is Private Internet Access good for other than Netflix?
FAQs
To conclude 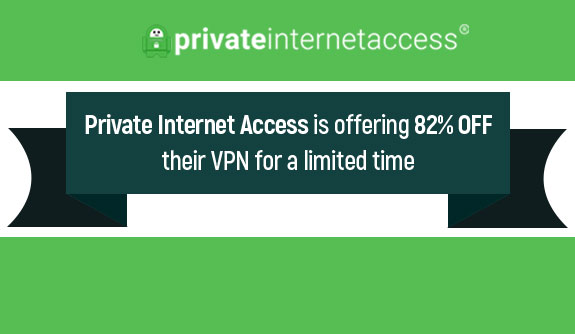