When in Iran, it’s necessary you take up measures to protect yourself online. In such a circumstance, the best VPN for Iran is a great option. This guide will show you how to choose only the best in 2021, and ones that are reliable.

Short on time? The best VPN for Iran is …

Regardless of you being a resident in Iran, or traveling there, there isn’t much internet freedom within the country. The fine is often a large sum of money or jail time, for posting anything online, on what the Iranian government deems as illegal content. It doesn’t end there. The Iranian government has put a ban on numerous websites and streaming services. For starters, Facebook is blocked, among 500+ of other popular websites.

Why is there a dire need of a VPN in Iran?

You will find almost 80% of the most famous streaming services, apps, or websites all blocked within Iran. It’s among a few countries in the world that imposes such harsh laws. So, if you are planning on traveling there any time soon for a vacation or for work, make sure you have the best VPN for Iran already installed on your device.

There are a lot of rules that you will need to follow while residing in Iran. This applies to both residents and visitors. Because of the underlying harsh laws within the country, most users are now turning to the use of VPNs. A VPN will be the safest bet around these harsh laws, and will allow you remain anonymous online.

However, please understand that just because a VPN can help you remind safe while using the internet in Iran, it doesn’t mean that necessary steps of precaution should go out the window. Even with a VPN, you need to be very careful.

With that said, you also need to be careful of the kind of VPN you choose. Not all providers are safe enough to use. This is why the providers on the best VPN for Iran list mentioned above have been put through many tests and work reliably.

It’s not an easy task looking for the best VPN for Iran. Yes, there are many top contenders, but all or most VPNs work differently. There are some that are blocked or blacklisted within Iran and other countries around the world. The providers on this list have been tested and combined by popular and good user-experiences. They are:

ExpressVPN is by far one of the best VPNs in the industry, with which its top-grade performance is why it’s loved among users worldwide. It’s the perfect mix of secure and versatile, which is also why it’s not the top of the best VPN for Iran list. The kind of security backing that ExpressVPN offers matches the needs of users within heavily surveillance countries like Iran that impose strict online restrictions.

ExpressVPN operates using AES 256-bit encryption on all of its apps. This means that you won’t have to worry about using the internet in Iran freely.

Other than that, there are other notable features to protect you online in Iran. To name a few, it offers a Kill Switch to help shield your IP address, and a Split-Tunneling feature for you to pass certain websites or apps through the encrypted tunnel. Additionally, ExpressVPN is IPv6 ad DNS leak protected and follows a strict no-logs policy.

If you’re main goal is to access international services or apps in Iran, you can do so by using all of ExpressVPN’s 3000+ servers in 94 countries. When I tested the VPN, I got access to Netflix, BBC iPlayer, Amazon Prime, Facebook, Hulu, YouTube, Instagram, and much more! The speeds were some of the fastest!

With ExpressVPN, you will be able to use the VPN on up to 5 devices simultaneously. You can also run a few tests of your own using its free trial and reliable 30-day money-back guarantee. Either way, if you’re not too happy with the results, you could always ask for a refund.

If ever you’re on a budget, or need a VPN that offers user-friendly apps, all while being extremely secure and fast, then Surfshark will make a great addition. This provider is quite popular among users worldwide and its performance doesn’t seem to dim down.

Surfshark is one of the best VPNs for Iran for a number of reasons, but firstly, it offers AES 256-bit encryption that secures your digital footprints in Iran. Other than that, there are apps like GPS Spoofing, and Camouflage Mode that will help you access a large number of websites or apps without getting detected by the Iranian government. What’s more unique is the Surfshark NoBorders feature that lets you surf the internet in heavily surveillanced countries.

Surfshark offers around 1700+ servers in 64 countries all of which are optimized to access streaming services, apps, or websites from anywhere in the world, including Iran. During tests, I was able to unblock around 30+ Netflix libraries, Facebook, Twitter, YouTube, BBC iPlayer, Hulu and so much more!

You will be able connect the Surfshark VPN to unlimited devices since there isn’t any limit! Other than that, feel free to test the VPN using the Surfshark free trial or go for a longer period using the 30-day money-back guarantee.

When traveling to or living in Iran, It is extremely vital that everyone use the internet with precaution. In this case, NordVPN makes one of the best VPNs for the job since it offers cutting-edge security features and servers strong enough to anonymize you online. It’s usually why NordVPN tops the best VPN list.

NordVPN is known in the industry as the go-to provider if ever your main concern is online protection of privacy or data. It operates using AES 256-bit encryption, paired with OpenVPN and other protocols. You will even find a Kill Switch feature, which is necessary; found even on the iOS app.

What’s more? Among its vast list of 5500+ servers in 59 countries, most of them are built over obfuscation technologies. They act as Double VPN server that pass all data through a double encrypted tunnel. With this, you will be able to access geo-restricted streaming services and other blocked websites safely in Iran. During testing, I was able to unblock Netflix, Facebook, YouTube, Instagram, WhatsApp, BBC iPlayer, DAZN, Hulu, and much more! You can try its unblocking abilities on up to 6 simultaneous multi-device connections too!

Additionally, NordVPN is headquartered in a privacy-friendly region in Panama and imposes a strict no-logging policy. What is also great about NordVPN is the fact that it’s been put through several audits. That only proves the transparency and dedicated service this provider offers its users.

Need to test the VPN out? You can test the entire VPN app during the NordVPN free trial and refund period. If you are not too happy with the service, contact their reliable 24/7 customer support and ask for a full refund or account cancelation. 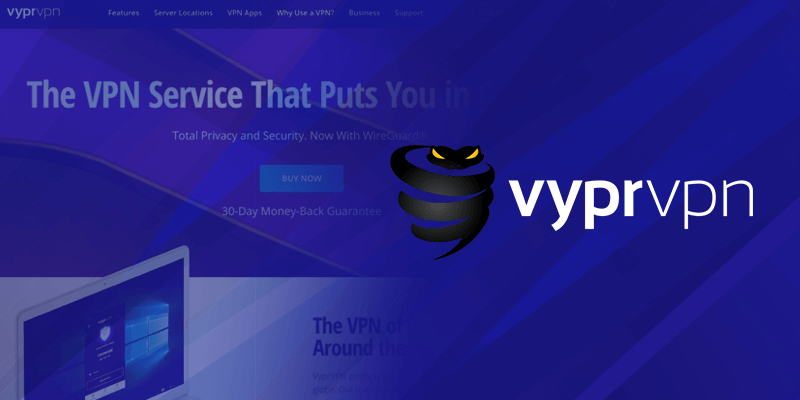 Compared to the other VPNs for Iran on this list, VyprVPN offers a smaller network of servers in comparison. However, don’t let this deceive you. All of its 700 servers in 65 countries are optimized to unblock platforms that difficult to get through in countries like Iran. This is why VyprVPN gets great reviews. Plus, the speeds are pretty impressive!

VyprVPN makes one of the best VPNs for Iran for a number of reasons, but first, let’s talk about its Chameleon technology that is built over the OpenVPN technology. This feature allows you to bypass the strictest geo-blocks in countries that impose numerous online restrictions, in this case, Iran. Other than that, VyprVPN offers a Kill Switch, DNS and IP leak protection.

With great security protection like that, you will be able to access geo-restricted streaming services like Netflix or unblock YouTube, Wiki pages, or even Facebook. Try running a few tests of your own using the VyprVPN 30-day money-back guarantee. With it, you will be able to hack a free trial.

5. PrivateVPN – Great for beginners or simple usage in Iran

Last, but not least, we have PrivateVPN. Again, this provider, just like VyprVPN offers the least number of servers, but that doesn’t make up for its entire performance. PrivateVPN is loved by users who are beginners or require the VPN for simpler usage. For instance, if you’re traveling to Iran for a short time, say a couple of days, then PrivateVPN should make a great fit. However there are still more affordable and stronger VPNs to choose from on the list above.

PrivateVPN offers around 150+ servers in 60 countries. I put the VPN to test, and tried out a couple of its servers. Luckily, I was able to unblock a few of the more popular streaming services like DAZN, Hulu, and Netflix, and also got access to websites like YouTube, Facebook and others. The speeds were neutral, not too fast and not too slow.

For online protection, the PrivateVPN apps operate using military-grade AES 256-bit encryption, and offer IPv6 and DNS leak protection. There is a Kill Switch feature and you can use the VPN on up to 6 devices. You can test the VPN with its free trial or use the 30-day refund period to test the VPN a little longer.

Can I use a free VPN for Iran?

The laws in Iran are extreme, and using a VPN itself is a little bit of a risk. A free VPN would never be able to protect you online, with the limited security features and scanty number of servers it comes with. In fact, there is no guarantee of what a free VPN will do. There are many cases where a free VPN has often managed to steal user data, expose them or sell it off to third parties. How is that helping you, when your main focus is to bypass online restrictions and stay off the radar while using the internet in Iran? Use a premium VPN instead, and its free trial or refund period. It’s the safest option!

Are VPNs illegal in Iran?

Although, despite the laws, and the harsh online restrictions that come under it, almost everyone in Iran uses a VPN, government officials included. With that said, make sure you use a VPN wisely while in Iran, since the penalties are quite harsh. We at TopVPNService do not condone the use of VPNs in Iran, but only provide you safe passage and instructions to use one. Therefore, you must tread lightly while using one.

Even though the Iranian government imposes a ban or restricts access to most online services, it’s inevitable that its users utilize a VPN to get past them. However, as mentioned above, not all VPNs make the best option. Only a few of them are reliable and safe enough to function well in Iran. For this, I’ve pinned down a list of the best VPN for Iran that works in 2021.

If, however, any of these providers is within your interest, you can get them at a cheaper rate during their regular discounts. For that, you can keep track of them on our VPN deals and discount page.

If there’s a business you’re running in Iran, we recommend using the best business VPN, since it offers more corporate features. If it’s just one provider that you’d love, we recommend Perimeter 81.

Contents hide
Why is there a dire need of a VPN in Iran?
Best VPN for Iran – Detailed Analyses
1. ExpressVPN – Overall the best VPN for Iran
2. Surfshark – User-friendly, secure, fast & budgeted
3. NordVPN – High-end security features for users in Iran
4. VyprVPN – Offers advanced Chameleon Technology to bypass blocks in Iran
5. PrivateVPN – Great for beginners or simple usage in Iran
Can I use a free VPN for Iran?
Are VPNs illegal in Iran?
To conclude