The Chinese censorship laws are extreme and you’re probably wondering how to stay connected with the rest of the world. I firmly believe that using ExpressVPN in China might be able to solve most of your problems.

Seems unlikely? Keep reading and find out how.

Before diving straight into how to use ExpressVPN in China, you first have to understand what the major deal about the VPN blocks in China is all about. Why several thousands of websites and apps are blocked. Then according to these issues, you’ll understand why ExpressVPN might be the better option for you.

Why are there heavy internet surveillance and censorship laws in China?

Have you taken a look at the Computer Information Network and Internet Security, Protection and Management Regulations, 1997 legislation? It pretty much sums up everything you can and can’t do when in China.

Don’t get me wrong, China is great, but it would be so much greater if the government allowed its citizens a little basic online freedom or rights.

According to the Chinese government, they’re on the road to protect its citizens from racial crimes, corruption, and much more that could hurt the incentives of the nation as a whole; creating a division between its people.

Their ambiguous policies are lined in such ordinance that if you or I, for example, post any article that is unbiased and not targeted towards anyone or anything in China, you’d still be held against unlimited violations.

So, for this, the Chinese government seems to think that the only solution to end a mass division within its country, is by blocking or censoring unlimited websites. Let’s just say the number of blocked websites in China stretches far beyond 8500.

This is why VPNs are the most sort after. For anyone who’s traveling to and from China, they’re going to need the best VPN to bypass the Great Firewall. ExpressVPN seems to top the list for the fastest access in China, by several test results and multiple user reviews.

How to unblock services with ExpressVPN in China?

Okay, before jumping to that, there are a few things you have to keep in mind. It’s important to go through details before investing with any VPN service. This also has to do with censorship in China.

Now, we know that China actively blocks websites, apps, and innumerable services. Even more, it also actively blocks VPNs within its walls. The Chinese government will make sure that its people aren’t on to proxies or VPN services to break the censorship. So, what do you do then? How do you lift the ban in China? Only the best VPN for China can help you with that.

The sad fact is, you won’t be able to subscribe to a VPN service within China. You’ll have to sign up and download the ExpressVPN app before traveling there.

So, how should you safely connect to ExpressVPN once in China?

Keep alert of the fact that China is always on the lookout for VPNs. The government monitors the activities of its citizens. So, to connect, take a few precautions: 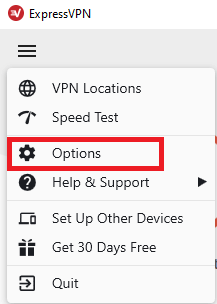 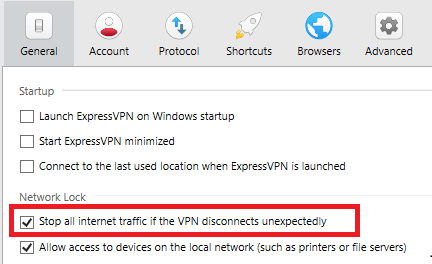 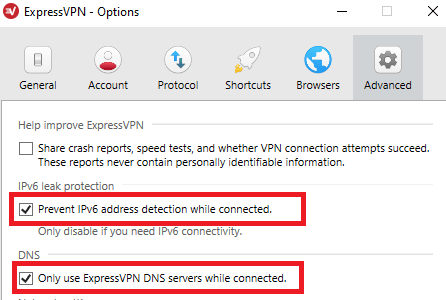 Now that all the required settings are in check, simply connect to any server you require. This depends on the service you’re trying to unblock. ExpressVPN, apart from being the best for China, is among some of the best for accessing services that are available in the United States, Canada, the UK, Germany, South Africa, Australia, Japan, Cuba, and all over Europe. You can even connect to its servers in Hong Kong to unblock local content in China.

The choice is yours!

Why is ExpressVPN one of the best for China?

There are many VPNs in the industry, and I’m pretty sure you’ve probably landed up among a couple that boasts the fastest speeds, staunch security, and the best unblocking abilities. But, do you fall for it? Honestly, I wouldn’t even blame you if you did. It’s extremely difficult to settle for a good premium provider.

However, why do I think ExpressVPN makes the cut for China?

There are many reasons why ExpressVPN is a great all-rounder provider, and why it’s used in China. But here’s what I looked and tested for when choosing it:

Firstly, you’re going to need the best privacy. Accessing multiple websites or apps in China will have to be done under the radar. For that, ExpressVPN has strict no-logging policies.

It hails from a privacy-friendly region called the British Virgin Islands that doesn’t fall under the 14-eyes jurisdiction. ExpressVPN was also among a few providers that didn’t comply with demands made by the Chinese government in their legislation.

Next, to be able to unblock multiple international platforms, the VPN you use has to have maximum or smart server coverage. ExpressVPN has a wide coverage; 3000+ servers in 94 countries.

ExpressVPN doesn’t have servers in China, which to an extent is a good thing, but includes coverage of most of China’s surrounding countries. To access local content you can just connect to any one of those.

ExpressVPN unblocks more services and apps than you can imagine. During its testing, I managed to unblock Netflix, Hulu, BBC iPlayer, Hotstar, Amazon Prime, Disney Plus, and more. ExpressVPN has also managed to deliver the best speeds!

The ExpressVPN security backing is incredible for use within China. It operates on AES 256-bit encryption, has a Kill Switch to stop all traffic if ever your VPN connection drops midway.

You’ll have no issues setting it up on your device because ExpressVPN is compatible with all the major operating systems and provides set up tutorials for more. Yes, and you’ll also have access to its services up to 5 devices.

The only downside is not within the app but rather the price of it. Most users say that ExpressVPN is pricy, with the best-discounted price of $6.67/mo.

However, don’t you think that’s completely reasonable since it’s managing to fulfill its purpose? There’s much more to look into, proving how reliable ExpressVPN is for China. You can take a look at the details in my ExpressVPN review.

Unblocking websites and services in China is baffling. The censorship laws go above and beyond. However, ExpressVPN works in China. It’s by far one of the best, you can even test the app out before traveling, using its 7-day free trial for smartphones or its 30-day refund. During the 30-day mark, if you’re not happy with the service, you can ask for a refund and cancel your account.

Contents hide
Why are there heavy internet surveillance and censorship laws in China?
How to unblock services with ExpressVPN in China?
So, how should you safely connect to ExpressVPN once in China?
Why is ExpressVPN one of the best for China?
To conclude