Even though using the internet in Mexico is filter or censorship free that doesn’t mean it’s completely safe. The Mexican government still enforces online surveillance laws and heavy collection of user data. With that said, using the best VPN for Mexico in 2021 should help you bypass these restrictions!

Need to know what the best VPNs for Mexico are? Then keep reading! However…

If you’re short on time, the best VPN for Mexico is…

Regardless of whether you’re traveling to Mexico, or want to access your Mexican bank accounts while traveling abroad, the best VPNs for Mexico on the list above should help you out! There are quite a few VPN options available in the market, but nothing compares to the providers on this list. They’ve been chosen for great security features for online protection in Mexico, Mexican and international servers, fast speeds, multi-device connections and much more! Plus, they’re all quite affordable!

Top VPN service does not encourage the use of VPNs, but does help users with safer alternatives to use the internet in Mexico or worldwide. Always look up laws concerning the access of illegal content before moving ahead.

Mexico is one of the most visited countries for vacations and work. Despite there being no actual laws against internet freedom there, there was a law passed back in 2014 that permits the Mexican government to collect or log all online user data, and monitor their activities. This move is both a threat to online privacy and security of anyone living or traveling to Mexico.

Plus, if you’re traveling anywhere outside Mexico, you won’t have access to local services like Netflix Mexico, and other Mexican channels like Chanel 5 Televisa, Azteca, or ADN 40 (TV Azteca). A VPN is a game changer for all of that.

As mentioned above, not all VPNs are the best, which is why my team and I tested only the most reliable in 2021 that help for online privacy, access to services and a lot more.

NordVPN usually tops the best VPN list and is quite a popular VPN among users worldwide. It’s on the top of our list for the best VPN for Mexico mostly because of its high-end security features that it’s commonly recognized for. It comes with 5500+ servers in 59 countries, out of which hosts 10+ servers in Mexico.

This means you will be able to access international services within Mexico as well as local Mexican channels from anywhere in the world! With that said, we ran some tests and got access to most of the popular streaming services like US Netflix, Amazon Prime, and BBC iPlayer. The speeds are great! You shouldn’t run into any buffering issues along the way.

Other strong suits include optimized servers shipped with certain advanced features lined up for specific tasks, for instance its TOR of VPN, Double VPN servers and more! There’s even a Kill Switch, and a unique CyberSec feature. The best thing is that the VPN uses AES 256-bit encryption to secure your online traffic.

If you’re worried about privacy and data logging, NordVPN has been through several independent and regular audits. It even regulates a very strict no logging policy!

You will be able to run a few tests of your own using its free trial or directly subscribe to the service and test the VPN with the 30-day money-back guarantee. Either way, if you’re not happy with the service, you could ask for a refund or account cancellation. 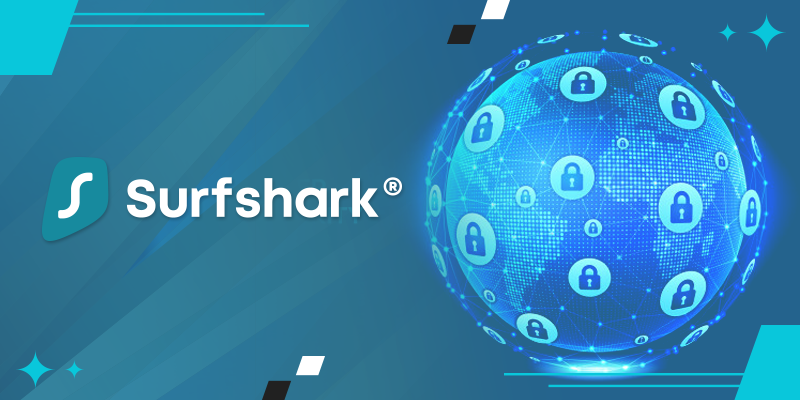 Next on the list for the best VPN for Mexico, we have Surfshark. This provider is regarded as one of the safest, fastest, and most user-friendly VPN to use, which are only a few reasons why Surfshark gets great user reviews.

Surfshark offers around 3200+ servers in 65 countries, all of which are optimized for fast streaming and access to torrenting platforms. So, if you’re trying to stream geo-restricted services like the US Netflix, Disney Plus in Mexico, or even to access local Mexican channels or networks while traveling outside Mexico, Surfshark will be a great fit! The speeds are fast when we ran a few tests, plus, were able to get access to some of the more popular platforms mentioned in the list above.

Surfshark allows unlimited device connections, which is great for large families or for users with multiple devices. Online security in Mexico won’t be much of an issue for Surfshark to cater to. The VPN operates using AES 256-bit encryption, and comes with some of the more advanced security features like a Kill Switch, Multi-Hop servers, NoBorders Mode, Camouflage Mode, GPS Spoofing and much more!

You will be able to test the Surfshark VPN app using its free trial or jump into the 30-day money-back guarantee period. Surfshark is secure, and safe for Mexican users to use. It doesn’t log any user data, allows cryptocurrency as a payment mode, and is headquartered in a privacy-friendly region in the British Virgin Islands. All this and more is why Surfshark makes one of the best VPNs for Mexico.

It offers around 3000+ servers in 94 countries, which when tested, were able to provide access to the most popular services. A few of them include both US and Mexico Netflix libraries. The speeds are some of the fastest that can’t be compared with.

ExpressVPN might be pricier than most of the VPNs on this list, but it performs exceptionally well. It’s fast, and secure. With that said, you will see that all of its apps operate using AES 256-bit encryption, and are lined with advanced features like a Kill Switch. There’s also a MediaStreamer proxy service that you can use over a router to access heavily restricted services in Mexico. What’s more? ExpressVPN doesn’t log user data and is located in a safe jurisdiction in the British Virgin Islands.

If you’re not too keen on investing, there’s a free trial you can use to test the VPN. Plus, even if you subscribe, you can still test the VPN during the 30-day money-back guarantee period. Not happy with the service? Ask for a refund!

4. Private Internet Access – Large network with over 127+ servers in Mexico 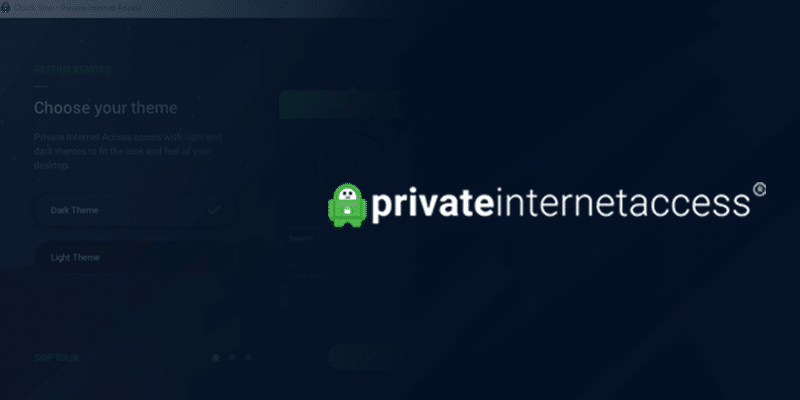 Next, we have PIA, short for Private Internet Access. There are many reasons why users love PIA, but most of them are because of its large network and lag-free service. It’s on the list for the best VPN for Mexico because of its fast speeds, ability to knock down geo-blocks, and because of its huge server coverage in Mexico.

It harbors around 35900+ servers in 77 countries, with around 127+ servers in Mexico. We tested the most popular ones to check its performance with the more sought after streaming services. The results were great and we got access to US Netflix, Mexico Netflix, and other libraries, and a couple others like BBC iPlayer and Hulu. You could use its limited-time free trial to test the VPN’s performance.

PIA is quite popular on platforms like Reddit, where users have shared the best experiences with it, especially where protection of privacy and security are concerned. Its military-grade encryption standards, matched with its no-logging policy are two perks. You will even find an Ad-Blocker called MACE on its apps.

All-in-all, Private Internet Access makes a really solid VPN for Mexico, but in case you’re experiencing the PIA not working issue, it can easily be resolved! You could run longer tests using its 30-day refund period. 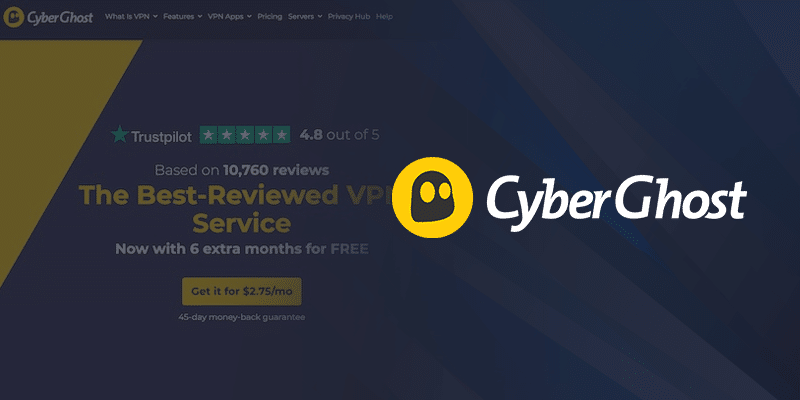 CyberGhost is loved by users worldwide because of its user-friendly apps, fast speeds, quick access to the popular streaming services, but most importantly its large and optimized server list. It’s one of the many reasons why it’s now one of the best VPNs for Mexico by a long shot.

It now offers around 7300 servers in 91 countries, and hosts around 29 servers in Mexico. All of these servers are optimized for bypassing geo-restricted laws against the most popular streaming services, websites, and torrenting platforms. You will even find a few of its servers labeled with the service it’s best for. However, to access any Mexican channels or services, you could just connect to any of the 29 Mexico servers.

Privacy wouldn’t be a great concern if you’re connected to CyberGhost. Its features are strong enough to protect you online. Plus, CyberGhost doesn’t log any user data, and is located in Romania, where there are laws against data retention.

You can test CyberGhost using the trial period or go for the 45-day refund period. It will give you a better idea of the app and how it works for you in Mexico.

Do you need a VPN for Mexico?

The Mexican government doesn’t have a strict hold on online censorship nor is online freedom narrowed down, but there are laws on online surveillance or monitoring, and storing of user data in Mexico. A VPN is the best way for you to bypass these threats and maintain your privacy, with heavy levels of VPN security. Plus, you will need a VPN in Mexico if you’re trying to access foreign geo-restricted content from services like US Netflix, BBC iPlayer, or Hulu. The same applies when trying to access local Mexican channels from abroad. You can also bypass ISP throttling in Mexico, which also prevails around the world.

Can I use a free VPN in Mexico?

You can, but it’s not encouraged. Free VPNs aren’t the most reliable option for anyone. You might see an ample supply of adverts all offering the best free VPNs, but the real truth is, they’re not safe nor reliable. You will find only a handful of free VPN services that are deemed as the safest options, while the rest are just scams.

Free VPNs usually come with spyware installments, or steal user data, selling it or compromising it in any way they need to. Plus, most free VPNs don’t come with the large server network that you need to access the appropriate channels, apps, or streaming services. The better alternative would be to go for a premium free trial VPN. In fact, there are many cheap VPN services that are quite affordable, and practically free!

Can I access Mexican channels outside Mexico via a VPN?

Yes, you can. With a VPN, you will be able to change your IP address. Once you connect to a Mexican server, all your traffic will blend in as if you’re physically within Mexico. With that, you will be able to unblock and watch any Mexican channel or access Mexican streaming services and other apps while abroad.

Are VPNs illegal in Mexico?

So far, VPNs are legal in Mexico. However, you still need to be careful with the kinds of activities you engage in using a VPN. With that said, there are still laws around online surveillance and data logging.

How to use a VPN for Mexico?

It doesn’t take much to get started, especially since VPNs aren’t really illegal in Mexico. Here’s how you can begin:

To recap, I’ve provided you with tried and tested VPNs that work in 2021. All the 5 providers are not only just the best VPN for Mexico, but can be used elsewhere in the world. They’re fast, secure, and easy to use, protect multiple devices and allow access to geo-restricted platforms. However, always tread lightly while using a VPN, regardless of it being Mexico or abroad.

Need the best VPN for Mexico? Looking for one that is budgeted? All the providers on this list offer great discounts and the best VPN deals!

However, if you’re travelling to Mexico solely for business or would like to create one from across the borders, you could use the best business VPN. If it’s just one provider that you’d love, we recommend Perimeter 81. 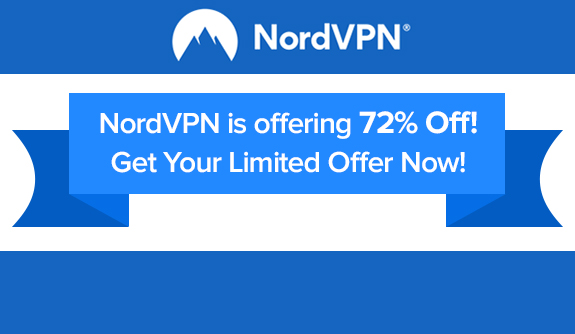