Accessing Netflix, let alone the Japanese library can be very tasking. To access it from anywhere in the world, you will need the best VPN for Netflix Japan! I’ve rounded by 5 reliable VPNs that are still working in 2021!

Short on time? Don’t feel like going through all the details? Here’s a quick look at the best VPN for Netflix Japan. They are:

For those of you who are familiar with Netflix, should know that at some point the Japanese Netflix library used to go neck-to-neck with the US library.

Netflix Japan was launched back in 2015 and slowly crept its way to the top of the ranking charts for housing the best anime content.

You’ll find tons of movies, documentaries, reality TV, and others like “The Seven Deadly Sins”, “Tokyo Ghoul”, or even children’s TV shows like “Crayon Shin-chan” and more, available.

However, it’s a fact that most of the Japanese library content is only available within Japan and a few of its territories. For instance, there’s Japanese content like “Violet Evergarden” that is only aired on Netflix Japan. People across the globe won’t be able to access it.

It doesn’t matter if you reside in Japan with a Netflix account and travel to another country. You’re still going to be met with some issues.

Keeping all of this in mind, follow the quick tutorial below, showing you how to use the best VPNs for Netflix Japan, and to unblock the library from abroad.

How to unblock Netflix Japan from abroad in 2021

Now that I’ve listed the top 5 VPNs to watch Japanese Netflix, take a look at the tutorial below, showing you how you can unblock it from anywhere in the world:

If you encounter any difficulties while trying to unblock the Netflix Japan library, you can take a look at my quick fix tutorial further on this blog.

There are many streaming buffs around the world who eagerly await all the newest Japanese movies or the latest anime episodes from various Japanese channels.

This is why most users usually connect to the best VPN for Japan to access local content from abroad. However, in the case of access Netflix Japan, the situation gets a little different.

Not every VPN provider is the same, neither do they offer similar features. For instance, certain VPNs for Japan can offer Japanese IP addresses but might fail to work with a platform like Netflix.

So, to make things much easier on you, I ran some tests on numerous VPNs, and settled for just 5 that actually unblock Netflix Japan, have great speeds, sound security, and support multiple devices.

If you take a look below, you’ll get better acquainted with each provider and what makes them the best for Netflix Japan. Let’s start with my top recommendation:

Surfshark makes the best VPN for Netflix Japan for a number of reasons. Firstly, it allows unlimited device connections, perfect for large families. It offers over 3200+ servers in 65 countries, with servers in Japan. The speeds were also pretty great when I tested the Japanese server, however, the results may vary according to your internet speeds.

Apart from Netflix Japan, Surfshark allows access to 16 other libraries. I also got access to BBC iPlayer, Sky Sports, Amazon Prime, HBO Now, ESPN, DAZN, Hulu, and plenty others. This is why most users consider Surfshark as a versatile VPN app.

Secondly, if you’re traveling to a country like China that supports mass online surveillance and censorship, you can bypass the blocks using Surfshark’s NoBorders mode. With this feature along with Camouflage mode, you’ll be able to bypass the toughest geo-blocks.

Other than that, Surfshark operates using military-grade AES 256-bit encryption, a Kill Switch, CleanWeb, GPS Spoofing, and other advanced features. This will help secure your device while streaming and protect your trail from online trackers or your internet service provider.

Need to test the VPN? Well, you’re in luck since Surfshark offers a free testing period and a 30-day money-back guarantee that you can use on multiple apps.

Get Surfshark for Netflix Japan Now

NordVPN usually lands on the top 5 list when I tested the app with multiple services. It’s also one of the reasons why it’s perfect for accessing Netflix Japan, and here’s why:

NordVPN offers a huge platform of servers, around 5400+ in 59 countries, out of which over 80+ servers are located in Japan. There’s no surety whether all the Japanese servers will unblock Netflix Japan. However, judging from the results I got, I don’t doubt they will. The speeds were some of the fastest I’ve ever gotten, even on the Japanese server.

You can watch Netflix Japan on multiple supported devices since this provider allows up to 6 multi-device connections. Test NordVPN risk-free on numerous devices using its free trial or 30-day refund period. It should give you an idea of the app.

NordVPN also offers unique obfuscated servers that are designed to secure your connection, even more, adding double anonymity. What’s more, there’s something called SmartPlay. With this feature, you can access Netflix Japan within countries with high online censorship rates or surveillance laws.

All your data will be secure since NordVPN follows a strict no-logs policy and has been successfully audited multiple times to ensure full user anonymity. The service even hails from a privacy-friendly region in Panama.

There are many more reasons why NordVPN makes a good VPN app, which is why it’s popular among users.

Get NordVPN for Netflix Japan Now

Most users mark ExpressVPN as one of the most expensive VPN services in the industry. However, as much as that may be true, there’s a lot of advantages you can get that are well worth the price. For starters, after testing it, this service deserves a spot on the list for best VPN for Netflix Japan.

It offers 3000+ servers in 94 countries, which is also inclusive of Japanese servers. You can connect to any of these to access the Japanese Netflix library. Rumor has it that ExpressVPN renders fast speeds, and after testing the software countless times, I can say that it’s true! The speeds, even on the JP server were fast enough for HD or UHD stream!

Even if you’re using a device that doesn’t support VPN apps, you can still create a connection using the ExpressVPN MediaStreamer Smart DNS feature. It can be configured through your pre-flashed router. You can test the VPN, and if not satisfied, you could always contact support asking for a refund.

ExpressVPN doesn’t log any data. To ensure this, ExpressVPN runs on TrustedServer technology. This means all your data is stored on RAM and is deleted when each session ends or you disconnect from the VPN.

This is why ExpressVPN, despite its steep price, is considered to be a robust VPN app among many users, particularly for those trying to access the Japanese Netflix library or more, from abroad.

Get ExpressVPN for Netflix Japan Now 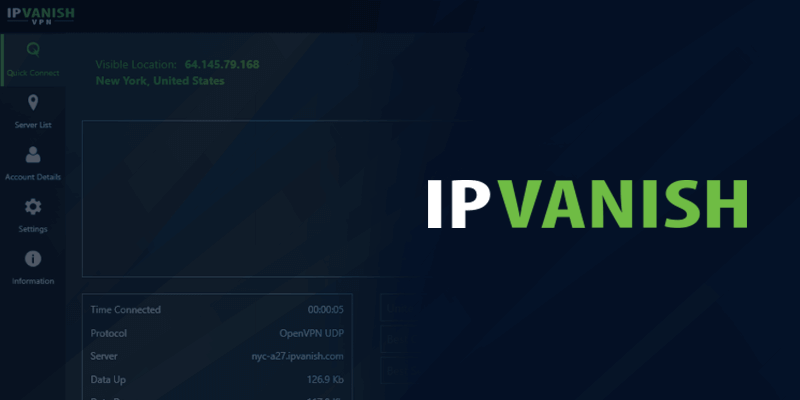 IPVanish is located in the US, which usually raises a few red flags among users. It’s because the US is the hub of the 14-eyes alliance, and users do everything possible to pass these watchful eyes. However, IPVanish will make a great VPN app for Netflix Japan considering that despite these odds, it still follows a strict no-logs policy.

It offers 1600+ servers in 75+ countries, with 20+ servers in Japan. You can connect to any of the Japanese servers to access its Netflix library. The IPVanish speeds aren’t as fast as what the other providers tested.

Additionally, there’s even router support. This is for you to create a VPN connection to those apps that don’t support native VPN apps, like Apple TV or certain gaming consoles. You can try putting that to the test since this provider comes with a free trial period.

If you’re willing to go the extra mile in anonymity, you can disguise your VPN traffic into regular traffic using the IPVanish inbuilt Scramble OpenVPN traffic feature. It’s used to swift through unnoticed by traffic sensors.

IPVanish performed well throughout my testing and review of the app, which is why it’s listed on the best VPN list to unblock Netflix Japan.

Get IPVanish for Netflix Japan Now

CyberGhost is a user-friendly VPN and offers many privacy features that make it one of the best VPNs for Netflix Japan. There are different views about this provider regarding whether or not it allows access. However, I believe results can only be found in the testing of the app.

CyberGhost offers a network coverage of around 6000+ servers in 59 countries, with around 60+ servers in Japan (Tokyo). That is plenty enough coverage to access the Japanese library. I even ran tests to see whether the VPN worked with other platforms.

The speeds weren’t that fast considering I was connected to a slower internet at the time of testing. If you live closer to Japan or any Asian country, the speeds are likely to be a whole lot more stable.

The CyberGhost app is easy to use and install. You can also connect to multiple devices over one subscription since it allows up to 7 multi-device connections. You could run a few tests during its free trial period to see how it works for you.

The CyberGhost app comes with features like military-grade AES 256-bit encryption, a Kill Switch, Exceptions (Split-Tunneling feature), and an in-built malware/ad-blocker. CyberGhost even ensures a strict no-logs policy to keep you anonymous online.

Get CyberGhost for Netflix Japan Now

I can’t access Netflix Japan – How to fix the issue

If you’re connected to one of the recommended VPNs for Netflix Japan, and still can’t access the library nor bypass the proxy error, here’s what you can do:

VPNs that don’t unblock it

As mentioned above, not every VPN that works with Netflix USA can work with other libraries. Here are a few providers that don’t unblock Netflix Japan no matter how good they are:

Users are raving about the latest anime shows and movies, and it really is living up to all the hype created. However, no one said that you need to miss out on Japanese content on Netflix just because you’re abroad or traveling.

If you follow the tutorial above and connect to the best VPN for Netflix Japan, it will be easier than you think! With it, your speeds, security, and online privacy will be amped up a lot more too!