If you’re looking to get some amazing VPN deals and bargains this Halloween, then look no further! We’ve handpicked only the best providers that are offering exclusive discounts! All have been tested for exemplary performance!

Halloween is just around the corner, and just in case you’ve forgotten, it’s on the 31st of October 2021! Other than giving out candy and going trick o’ treating, you can kick back at home and stream some of the scariest movies! Just in case you can’t access them, a VPN will help you get immediate access! Speaking of VPNs, you’re in for another tasty treat! Some of the best VPN providers are offering great VPN deals exclusively on Halloween!

The biggest Halloween VPN deal right now is up to 92% off with a bonus feature attached to it! So, hurry and get them while they’re still on!

All the VPN providers mentioned below were selected based on overall performance, best security features, fast speeds, etc. but mainly because they’re offering the biggest VPN discounts this Halloween on their annual, biannual, and triennial packages. They are: 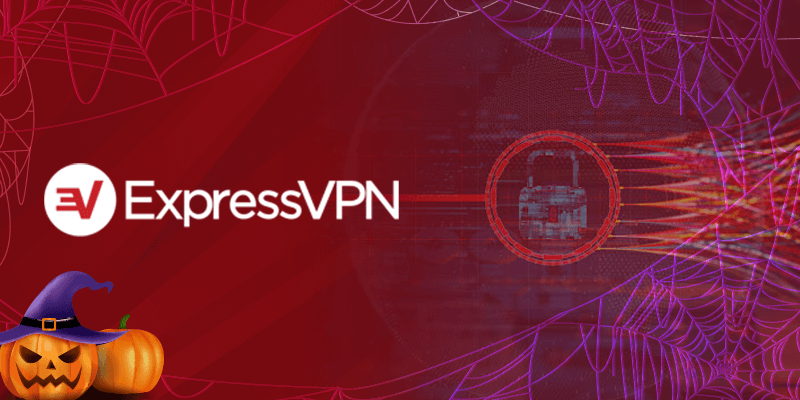 Next, we have ExpressVPN, known to produce some of the fastest speeds in the VPN industry, and it’s now offering VPN discounts during Halloween! Its speeds are only a percentage of what this VPN is capable of. Its monthly price is a little expensive at $12.95, however, it’s still affordable considering the performance it delivers. But, great news! Instead of paying that huge monthly price, you’ll now get 49% off, paying $6.67/mo. for 1-year and get 3 months free! That’s the biggest treat and savings this Halloween!

Hard to believe? Well, you can test ExpressVPN using its free trial for Android and iOS. Need to test it for a longer period on another device, then use the ExpressVPN 30-day money-back guarantee. ExpressVPN allows simultaneous connection on up to 5 devices. You’ll be able to cancel your account and ask for a refund if the service doesn’t suit your needs. 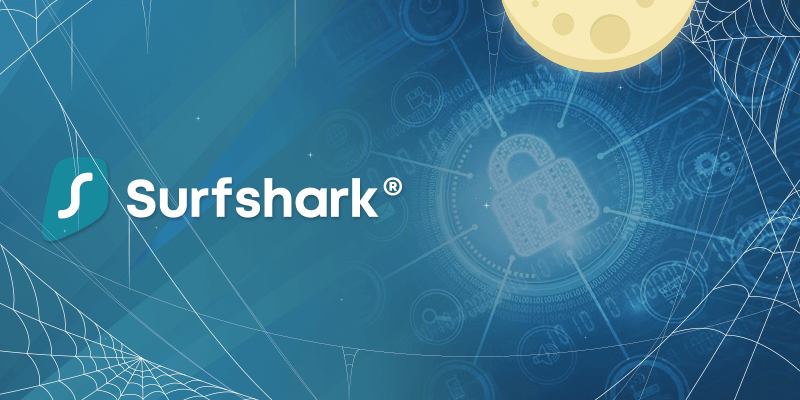 We’ve tested the VPN multiple times and have always received desirable results.  Just in case that’s not enough to convince you, you could always test the VPN to see how it works for you! 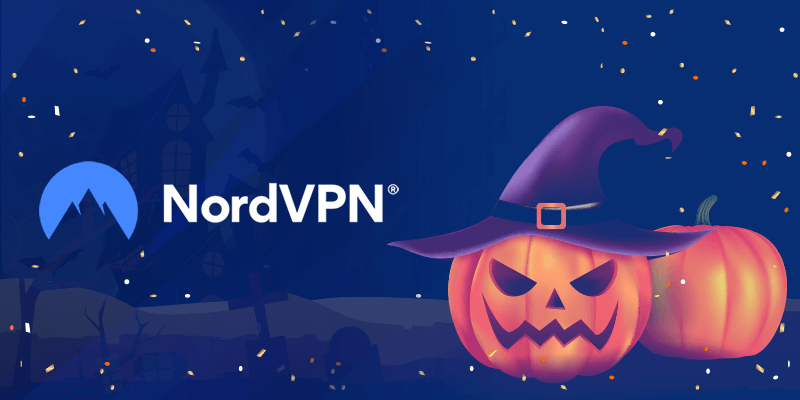 NordVPN allows simultaneous connections on up to 6 devices that you can test the VPN on using its 30-day refund period. If you’re not happy with the service, you can always ask for a refund and account cancelation. However, if you’re looking for an absolutely free trial, NordVPN offers a 7-day test run for Android and iOS smartphones. 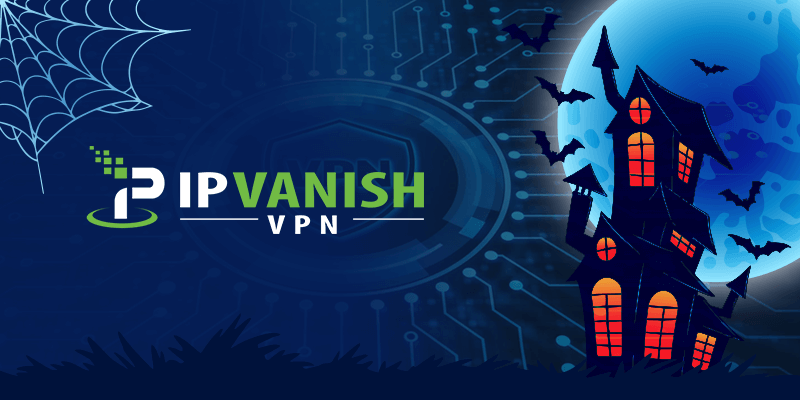 Need to unblock US streaming services this Halloween? Well, why not use IPVanish since it’s offering a huge discount on VPN deals this Halloween! You will exclusively get 64% off on the 2-year plan, which costs around $3.96/mo.

You can test the app for free using its 30-day refund policy since there is no completely free trial available. You’ll find a full performance report of the VPN and its features in this IPVanish review. 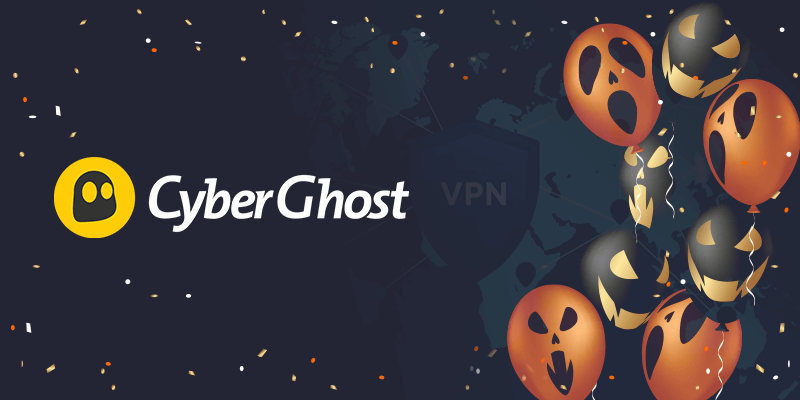 CyberGhost is offering a huge 83% off this Halloween on its two-year plan! In addition to this, you get around 2 months free of VPN services when you sign up for this package.

Need to test the VPN? CyberGhost offers multiple free trial periods for various devices. You’ll get a 24-hour trial for Windows, and a 7 day trial for Android and iOS smartphones. Additionally, there’s a 45-day money-back guarantee that you’ll be able to utilize on 7 multi-device connections.

For more CyberGhost details on speed, and features, take a look at this review. 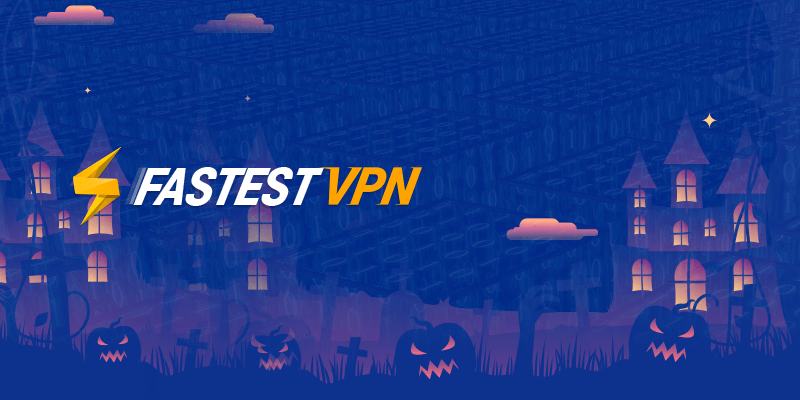 FastestVPN is offering the biggest and the best Halloween VPN deal this year on its Lifetime plan! Get 92% off and pay just $20 for the lifetime package + 2TB encrypted cloud storage for free with all plans. Get it while this exclusive FastestVPN deal is still on this Halloween.

Using the VPN deal, you’ll be able to simultaneously connect up to 15 devices. Additionally, if you’re in need of testing the app, you can use the 15-day money-back guarantee.

Other than that, there is a lot more that this provider is offering. You can head to our FastestVPN review to have a look! 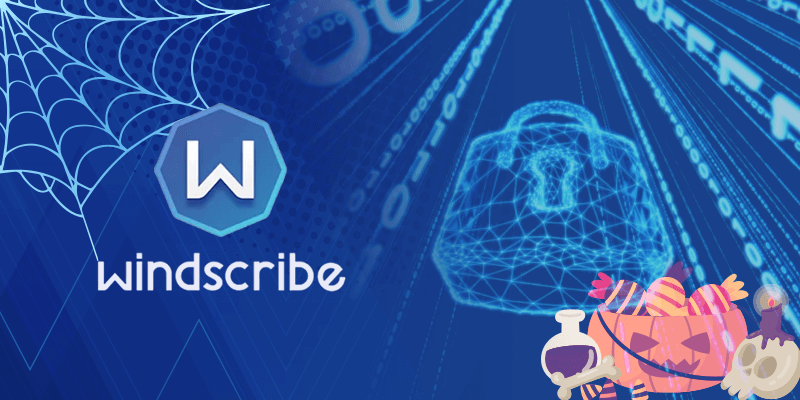 Lastly, we have Windscribe that offers a free version of its app, with limited features, bandwidth, and servers. However, this great VPN provider is now offering the best deals this Halloween on its 1-year plan. It takes 55% off the monthly plan. So, instead of paying around $9.00 a month, you’ll be paying $4.08/mo. a year!

To test the VPN you can use the Windscribe free app that is pretty great but limited. Other than that, only a 3-day refund period is offered.

For more details on this provider, here’s a Windscribe review you can go through.

The Halloween VPN deals only come around once a year, offering the best discounts on VPN services! So, hurry and grab them before the sale ends! Happy hunting!