Disney Plus isn’t available everywhere due to geo-restrictions. There are several ways to watch unblock it, but the best way is by using a Disney Plus VPN.

Short on time? Here’s how to unblock Disney+ from abroad…

TLDR: The best Disney Plus VPN to unblock and change Disney+ regions

Why do you need to watch Disney Plus with a VPN?

Even though Disney+ is home to some exclusive classics, movies, TV shows, and originals, it sadly, is only available in some countries around the world – mainly in the US.

With that being said, Disney+ is among the many streaming services that trace and block IP addresses that are not listed within Disney Plus territories. For that, it’s best you use a VPN to gain access to it.

Usually, you’d probably have to scavenge the internet, looking for a good VPN, and test each one out on your own. But to put an end to your wait, I shortlisted only the best. They were chosen based on their ability to knock down geo-restrictions, maintain high speeds, offer robust security, and its ability to gain access to multiple platforms like Disney+, and others.

A VPN is crucial to gain access to this US-based service. However, the Disney Plus VPN you choose needs to offer US IP addresses and servers from Disney+ approved locations, allowing you to mask your physical location.

On the other hand, Disney+ uses geo-blocking technologies, obstructing access to its service with a VPN. There were a number of VPN IP addresses detected and blocked from accessing the service.

So, for those that don’t have Disney+ available to them, and who’s not willing to wait an additional two years before it finally airs in your country, the best way to access all its content is by simply connecting to a Disney Plus VPN, head to the website or app and start streaming.

Choosing the best VPN isn’t an easy process, and especially since there’s a lot to learn about Disney Plus before signing up. Each one goes through a variety of tests, calculating its speeds, testing out its security features, and taking advantage of its ability to unblock or provide access to geo-restricted platforms like Netflix, but in this case, Disney+.

Our team chose these 5 providers because they allow access to Disney+ on any device, be it your phone, laptop, tabs, or TVs. Here’s more on what makes them the best Disney+ VPNs: 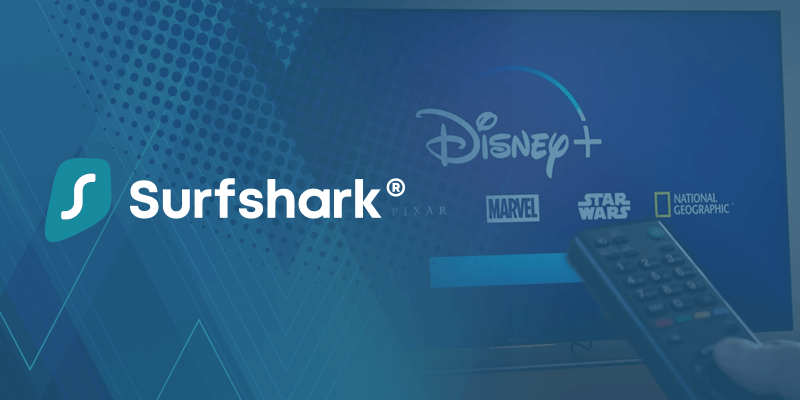 Surfshark performed exceptionally well throughout my testing and review of the app. It offers a versatile mixture of security, unblocking, and privacy tools that are required to unblock Disney Plus. With this provider, you can unblock Disney Plus in Philippines, South Africa or even Mexico by changing your IP address to a US one. 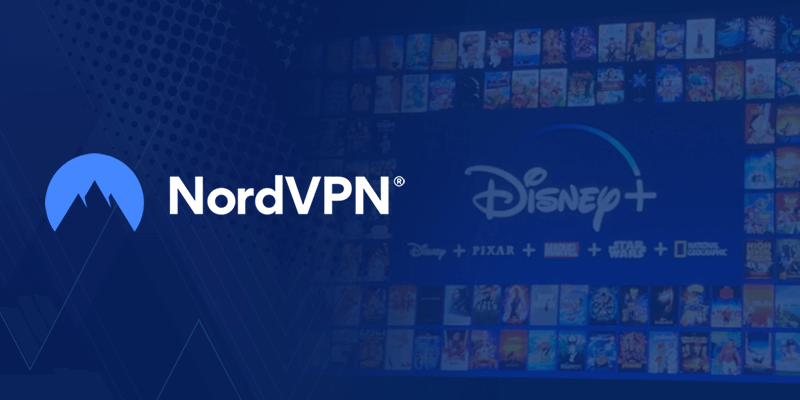 Additionally, NordVPN also allows you to test the VPN features using the 7-day free trial and 30-day money-back guarantee.  What’s best is that the provider allows you to cancel your account and avail of a full refund if you’re not happy with the service.

Other than the above, NordVPN offers many more features and unblocks other streaming services, which is why it’s a favorite among users. 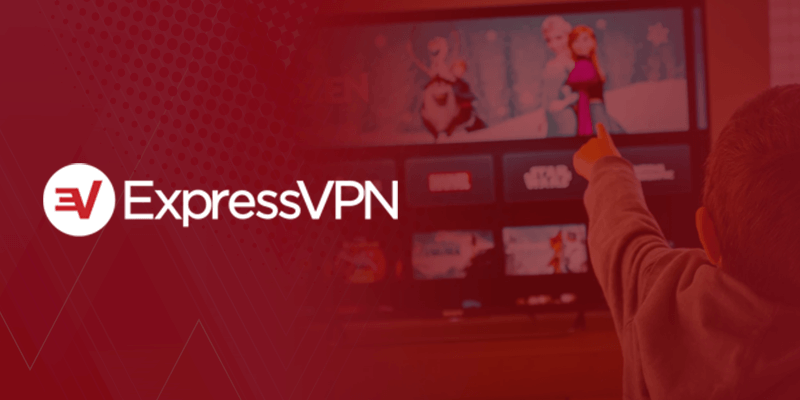 All-in-all, ExpressVPN is fast, secure, stable, and offers the best streaming experience, no matter which service you’re trying to unblock. If you’re still not sure about investing, there’s a free trial and testing period available.

What’s more, you can cancel your account and avail of a refund if you’re not happy with the services. 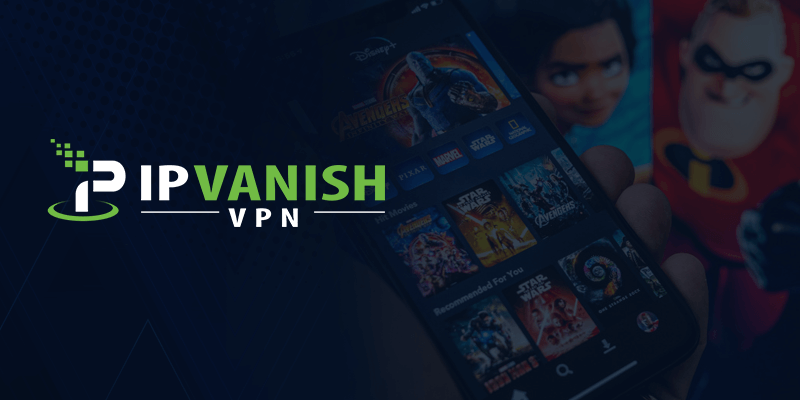 When I tested and reviewed the IPVanish app, the speeds were fast enough for HD streams, and the features were great for online privacy and protection. Why not take a test run on Disney Plus using the IPVanish free trial. 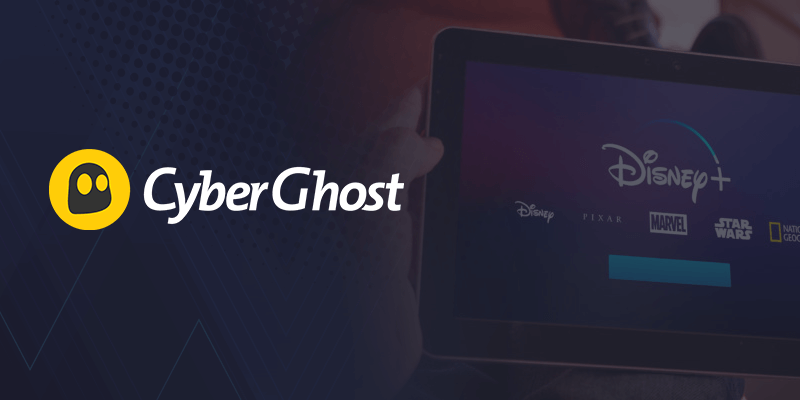 CyberGhost makes a user-friendly and secure VPN app to set up, and even simpler to use. What’s more, it offers servers that are labeled against the streaming services it unblocks. You also have the option of testing the VPN using its free trial or the CyberGhost 45-day refund.

A little about Disney+

For those who don’t know what Disney+ is all about, here’s a quick overview.

It’s the latest addition to the streaming world that broke through the castle gates in November 2019, reaching the limelight in no time, stealing all the hype away from another big dog service called Netflix.

It takes you through a trip down memory lane, providing you with all the old-timey classics like Cinderella and so much more original content, that’ll leave you anticipating for more. It’s home to streaming some of the biggest blockbusters from MARVEL, Star Wars, Disney, PIXAR, and National Geographic as a whole and a lot of original content that’ll soon be released.

However, with its launch, it included only a hand full of countries, chosen to view its massively great content.

For other countries, that’ll receive its services over the course of a few years, what exactly are you’ll suppose to do in the meantime? It doesn’t matter if you try to gain access to it through a paid subscription, Disney+ will block you.

Even though Disney+ is blocked in many parts of the world, you don’t have to worry about waiting, when you have many top VPN services available for you. The providers mentioned above are among many other VPNs that unblock streaming services worldwide.

How to unblock & Sign up for Disney+ from anywhere

The tutorial varies depending on if you’re an iOS or Android user. Here’s how:

Without a US payment method

Now that we’ve gone through the best Disney Plus VPN, let’s talk about how you can sign up with Disney+. These tutorials are mainly showing you how to create your account without having to select any US payment methods or credit card on Android and iOS devices.

I promise you, you’ll be streaming right through “The Mandalorian” and much more in no time, which is debuted exclusively on Disney+.

Now, to pay for your Disney Plus subscription without a US payment method here’s what you should do:

How much does the Disney+ subscription cost?

Disney+ has got to have some of the most reasonable prices available, especially for a top-notch streaming service. It seems to have movies and shows that pour over in variety and abundance as compared to its top competitor, Netflix. And speaking of comparison to Netflix, its prices are way cheaper. They are:

What devices/platforms are compatible with Disney+?

The devices enlisted are Disney Plus compatible and support VPN apps. They are:

Is using a VPN illegal for Disney Plus?

It isn’t mentioned anywhere that you’d get in trouble for using a VPN to access Disney+. However, there are certain countries like China, Russia, or Iraq that score up some pretty heavy laws against the use of a VPN in short. Countries like these have blocked off many VPN providers from being used within their countries. The good news is that all the Disney Plus VPN providers mentioned on this list work just fine!

Can I use a free VPN for accessing Disney+?

You could, but I wouldn’t recommend that.

Your main focus right now is accessing geo-restricted websites safely, with the best speeds and unlimited bandwidth. A free VPN is something I would never consider; especially if that means compensating for my privacy or data to third party companies.

What is the best Disney+ VPN according to Reddit users?

After gathering results from Reddit sources, users recommended Surfshark and ExpressVPN as the most reliable for Disney Plus. 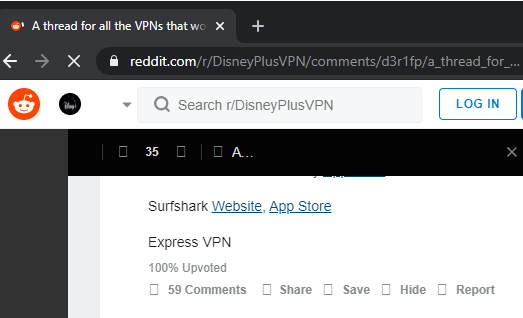 Just like Netflix, Disney+ is included in the list of geo-restricted websites. Being allowed in only a pinch of countries, your best bet to gain access towards it from abroad is by using a Disney Plus VPN. I’ve rounded up the best providers for it in the list above (Surfshark, NordVPN, ExpressVPN, IPVanish and, CyberGhost.)

You should know, that I picked these not only because of their all-round ability to access Disney+ with numerous US servers but also because of its ability to crack down geo-blocked websites worldwide, and their compatibility with multiple devices, fast speeds, unlimited bandwidth, top-notch security, privacy policies and much more.

So, if you’re so tired of seeing this: 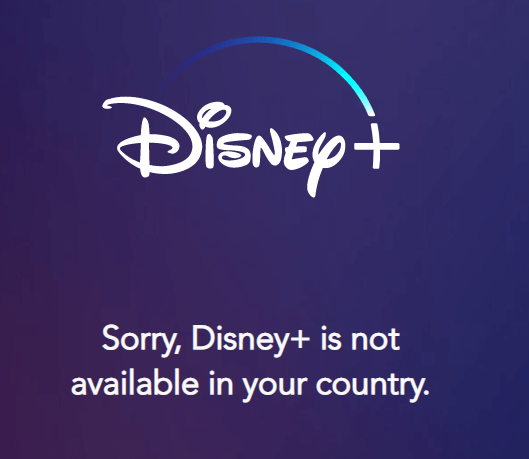 Then get on board with one of the chosen VPNs and let it take you on a magic carpet ride to Disney+.

All the VPNs mentioned on the list above usually offer affordable prices and discounts. You can head over to our VPN deals and discount page for more information.

Contents hide
Why do you need to watch Disney Plus with a VPN?
The best Disney Plus VPNs in 2021
1. Surfshark – #1 Disney Plus VPN
2. NordVPN – Fast & secure
3. ExpressVPN – Fastest speeds for streaming on Disney+
4. IPVanish – Optimized US servers
5. CyberGhost – Affordable VPN for Disney+
A little about Disney+
How to unblock & Sign up for Disney+ from anywhere
FAQs
In conclusion