Want to watch Disney Plus content from abroad but can’t due to geo-restrictions? This guide will show you the best VPN for Disney Plus, to access its content libraries from anywhere in the world!

Disney Plus is among many popular streaming services that are geo-restricted to only a few countries around the world.

If you look below, you’ll find a little on what makes each VPN provider the best for Disney Plus, starting with:

1. Surfshark – Overall the best VPN for Disney Plus 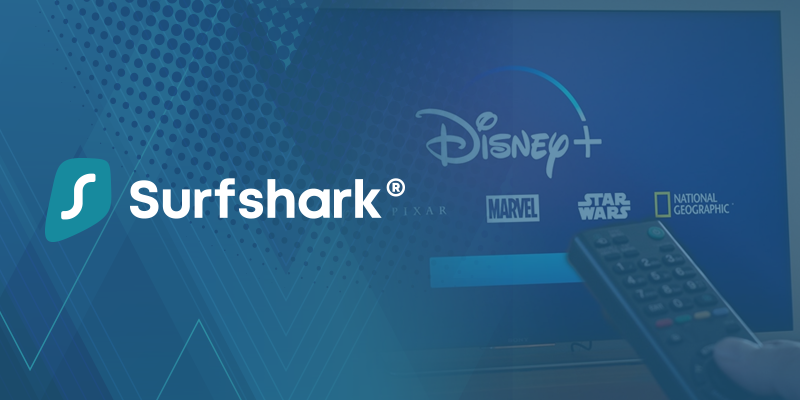 Surfshark is one of the best VPN services in the industry and is the top-recommended app for unblocking Disney Plus. When you connect to its optimized servers, you’ll be able to watch Disney exclusive shows like “Marvel Hero Project, Pixar content” and others in no time!

What makes it special? Well, it offers a NoBorders feature plus a Camouflage mode that’ll allow you to unblock Disney+ and at the same time anonymize your physical location.  It means these features can be used to unblock Disney+ in countries where it’s not accessible; like Mexico or Iran

There’s also a Smart DNS option for those who live in countries with harsh online censorship and more. You can use the Smart DNS feature on one server at a time, on devices that don’t support VPN apps. You’ll be able to run a few tests before actually settling for the app, or, subscribe and use its 30-day money-back guarantee for a longer testing period.

All this and more is why Surfshark is a popular choice among users.

Get Surfshark VPN for Disney Plus Now 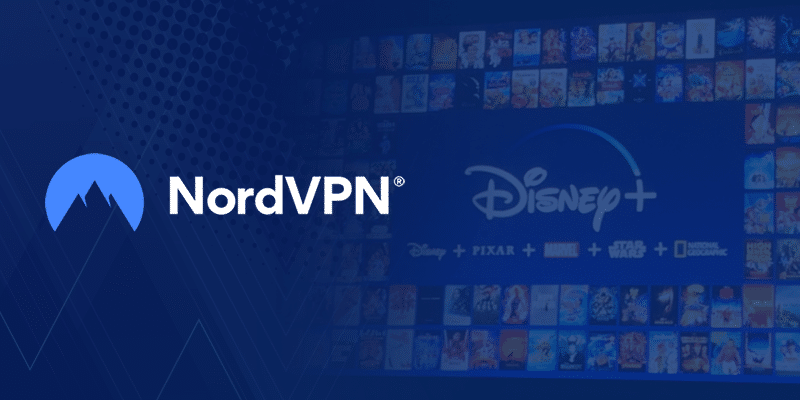 NordVPN is one of the few top VPN providers in the industry that allows access to multiple geo-restricted streaming services.

The blocks around Disney Plus are severe. However, NordVPN is known to offer the best security and unblocking tools, which is why it gets great user reviews. NordVPN offers a SmartPlay DNS to bypass the Disney Plus blocks with ease. You can use it on devices that don’t support native VPN apps via a router.

Additionally, there are other unique features like CyberSec and DNS protection that will make your overall experience a whole lot better.

Need to test NordVPN before investing? Then use the 7-day free trial or 30-day money-back guarantee. Even if you’re not happy with the service, you can avail of a full refund. With this in mind, you will be able to watch Disney Plus worldwide, despite the circumstances.

Get NordVPN for Disney Plus Now 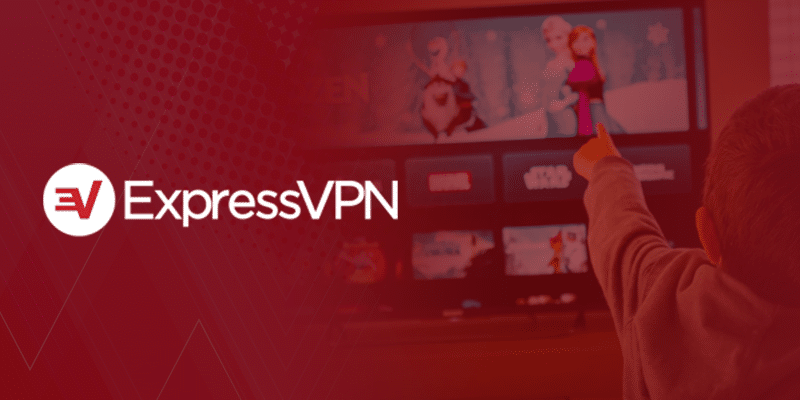 ExpressVPN is truly an all-rounder VPN with great performance results. It is one of the best VPNs for Disney Plus and offers servers optimized for streaming various other platforms.

Each of the ExpressVPN servers often delivers the fastest speeds! I tested a few of its US servers and was able to watch Disney Plus content like “Disney Gallery: Star Wars The Mandalorian, The Big Fib, Fairy Tale Weddings” and more!

What’s more, this provider offers a Smart DNS feature called MediaStreamer designed to offer faster speeds that can be set up on a router. It’s to connect other Disney Plus compatible devices like PlayStation or Apple TV that don’t support VPN apps.

Either test the VPN using the free trial for Android and iOS smartphones or go for its 30-day money-back guarantee over multiple platforms. If you’re not happy with its performance, contact the support team and ask for a refund.

Get ExpressVPN for Disney Plus Now 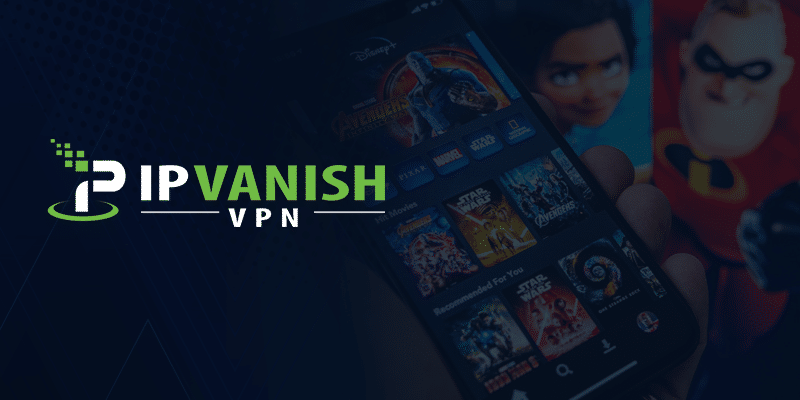 IPVanish might not possess the best security features when compared to Surfshark or NordVPN, but it does offer enough for you to maintain your anonymity while accessing Disney Plus. When I tested and reviewed the IPVanish app, the performance overall was quite desirable.

It’s also one of the best VPNs for Disney Plus because of its ability to unblock numerous US streaming services. There’s a Scramble OpenVPN traffic feature available that’ll allow you to watch Disney Plus without any detection of VPN usage.

This provider doesn’t technically offer a free trial, but you can still test the VPN for free during its 30-day refund period.

Get IPVanish for Disney Plus Now

5. CyberGhost – Optimized servers for Disney Plus 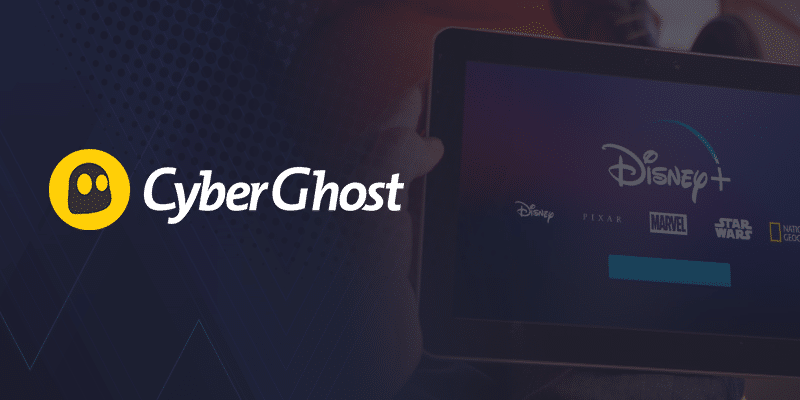 CyberGhost is user-friendly and great for privacy, but it’s also the best for unlocking numerous streaming services from anywhere in the world.

However, what’s great is that CyberGhost VPN comes with labeled servers, showing you exactly which service it unblocks or works the best for.

This provider also offers great privacy features that will help keep you safe and anonymous online when trying to access Disney Plus, provided that it’s a no-logs VPN.

CyberGhost offers its users a chance to test its VPN app on many devices. There’s a 24-hr trial for Windows, a 7-day trial for Android/iOS smartphones, and a 45-day refund period for all platforms.

Get CyberGhost VPN for Disney Plus Now

Now that you’re all caught up with the best VPN providers for Disney Plus, I’ll be highlighting a couple of tutorials on how to sign up for the Disney+ service from anywhere in the world.

How to use a VPN to access Disney Plus

Accessing Disney Plus isn’t as difficult as you think, only if you’re connected to the best VPN that allows that access. So, just follow the steps below, showing you how to get started, and you’ll have access to “The Mandalorian” in no time!

If you’re met with any issue, make sure to clear your cookies and cache. If that still doesn’t work, contact the Disney Plus support.

Sign up for Disney Plus without using a US Credit card

It’s a sad fact that even though the best VPN for Disney Plus can give you access to the service, you’ll still need to sign up for the service using a foreign credit card or payment method. Considering that it’s not possible for all users from across the border, there’s a workaround method for it.

The tutorials will be broken up according to Android and iOS users.

There’s a 50/50 percent chance that this tutorial to sign up for Disney Plus on Android will work since the new regulations on Google Play require users to verify identification through phone numbers. However, this method does work for some, so it’s better to try!

Here’s how you begin:

Now, to pay for your Disney Plus subscription:

How do you choose the best VPN for Disney Plus?

There are many top VPN providers in the industry, but not all are the best for Disney Plus. To choose one that’s reliable and that works, there are certain features you need to look for. So, here’s you choose the best VPN service for Disney Plus:

Can I buy a cheaper Disney plus subscription with a VPN or get one for free?

Disney Plus was mostly created to cater to users in the US. Accessing it from anywhere else in other territories might cost a little more. However, when you connect to a US IP address from the VPN you subscribe to, you’ll be able to sign up for the service paying the same prices as users in the US.

So, to answer your question, yes, you can use a VPN to get a cheaper subscription fee.

Can I use a free VPN to unblock Disney Plus from outside the US?

There are only a handful of free VPN services that are great in general. However, as far as unblocking Disney Plus goes, a free VPN won’t be the best idea, nor does it offer the same features, speeds, and security compared to what a premium provider offers.

Is it safe and legal to use a VPN to access Disney Plus?

Yes, technically it is legal to use a VPN to watch Disney Plus in general. However, where safety is concerned, there are countries around the world that prohibit the use of VPN services. So, make sure you’re using the best VPN that won’t leave a trail online.

The blocks are pretty heavy around Disney Plus and finding a VPN that works with it isn’t an easy task.

To make things easier for you, I’ve tested and listed the best VPN for Disney Plus that works. They offer plenty of servers to unblock Disney Plus, fast speeds, and great security features.

The VPNs mentioned on the list above usually offer great discounts or seasonal offers. You can keep track by following our VPN deals and discount page.

To Summarize, the Best VPN for Disney Plus is…